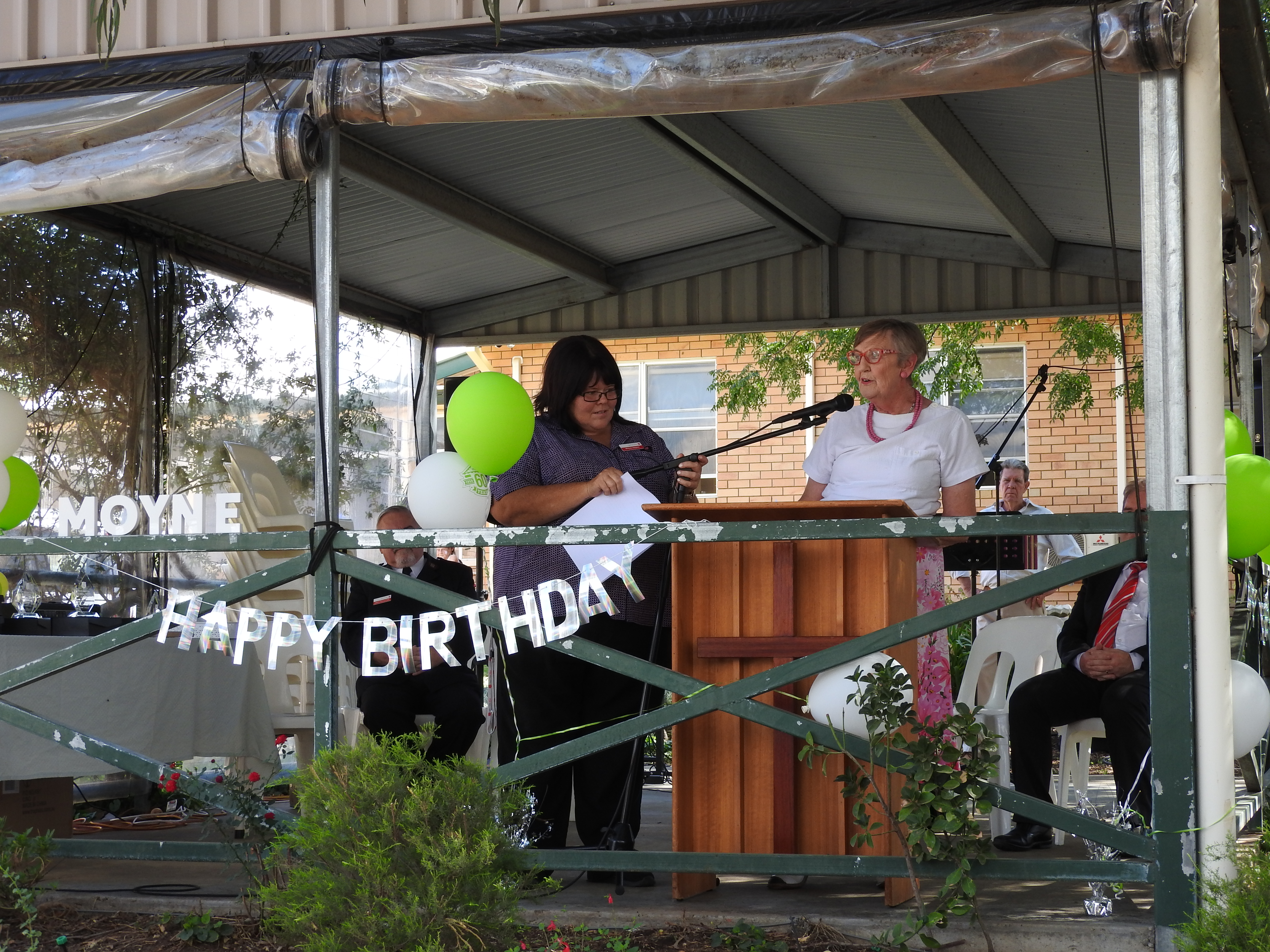 It was a special day at Moyne last Thursday 21st March, when the Aged Care Centre celebrated it’s 60th Birthday. Moyne was officially opened on the 21st
March 1959 as an Eventide Home by Commissioner Frederick Coutts after an appeal by the Boree Shire to the Canowindra community for funding to start an Aged Care Home. It started with 19 residents.

Moyne Aged Care now has 63 residents and is managed by Mrs Roxane Sciberras. A number of service recognition awards were presented to a number of staff members who have been with Moyne for over 15 years.

The Canowindra community and surrounding districts were thanked for their continual support over the last 60 years to the staff and residents of Moyne.

The afternoon was spent reminiscing, enjoying a wonderful afternoon tea and then two tours of the facility were run for anyone wanting to join in. Happy 60th Moyne!