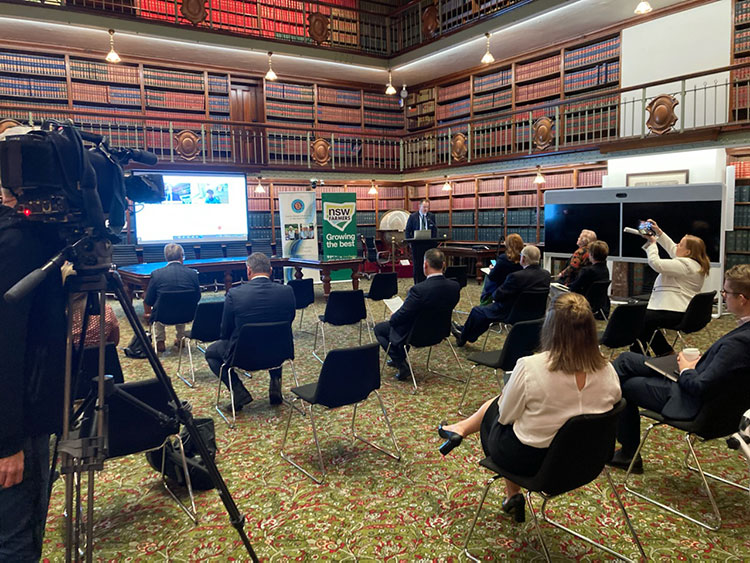 NSW Farmers joined forces with the CWA to call for financial support for communities affected by the mouse plague.

NSW Farmers and the Country Women’s Association (CWA) held a parliamentary briefing last week to outline the significant financial and health impacts of the relentless mouse plague that continues to spread across the state and call for monetary support to those affected.

“Farmers and rural communities are still in the midst of combatting a ceaseless mouse plague that is continuing to impact the northern and central west regions and rapidly spreading and growing through the south,” said NSW Farmers grains committee chair Matthew Madden.

Matthew said loss of stored grain and fodder is having the greatest financial impact, with a third of respondents to a NSW Farmer survey reporting estimating losses between $50,000 and $150,000.

“More than 80% of respondents also reported damage to agricultural machinery and infrastructure, with around a third saying the damage bill was between $20,000 and $150,000.”

Availability of mouse bait is also an escalating issue, with 75% of farmers reporting an inability to access bait when needed.

“The government can have a role to play in supporting the establishment of and streamlining approvals for regional grain treatment stations, allowing farmers to treat their own grain, reducing the cost and biosecurity risks associated with baiting.”

“People are having issues with sleeping, which we all know as a significant impact on mental and physical health.”

“There are plenty of reports of people being bitten and mice also make their way into rainwater tanks causing contamination of domestic water storages with different bacteria such as salmonella.”

“And it is not just farm businesses. Regional hotels, retail and food businesses, bakeries, supermarkets, childcare centres and aged care homes have also felt the impact of this mouse plague.”

“All of these financial and health im-pacts follow unprecedented drought, catastrophic bushfires and most recently floods across large regions. It is time for the state government to act.”