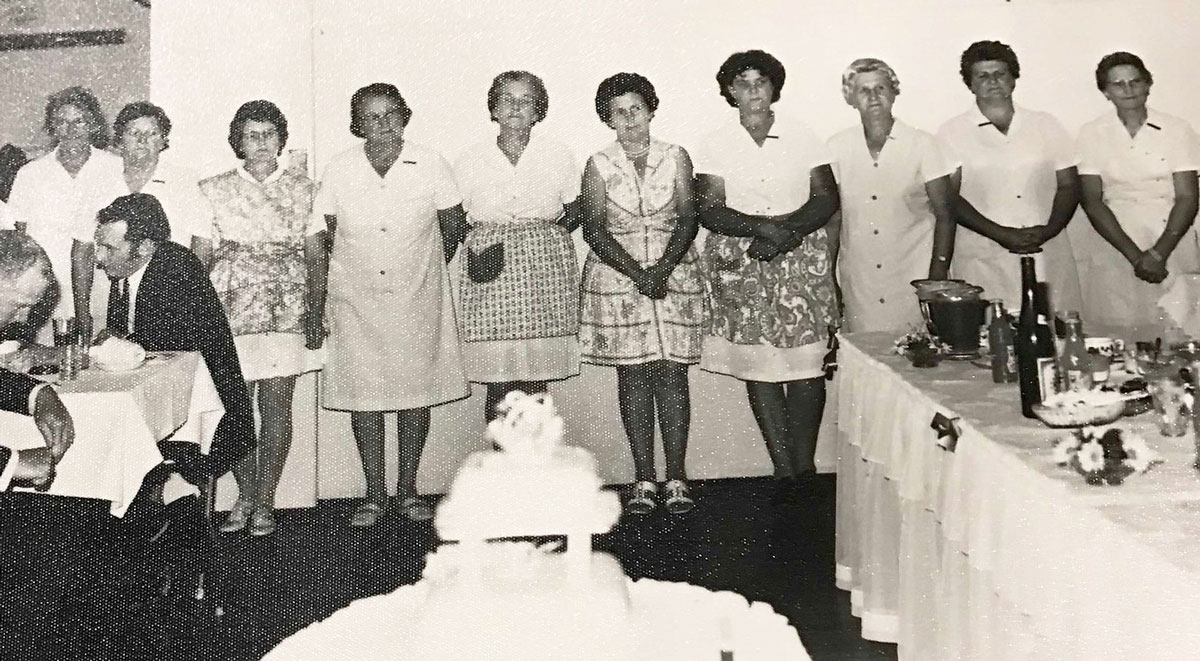 In 1924 the community of Moorbel felt the need to have a hall and set about in a most determined fashion to raise funds to build the hall.

A Queen’s competition was held with three young women committing to the challenge. For thirteen months they held functions, mostly in the homes of the community with Lil O’Brien the winner raising the most money. The combined funds raised were now enough to build the hall and a local carpenter was given the job.

In 1962 the community of Moorbel could no longer keep up the maintenance and handed the hall to Boree Shire to look after. The Shire upgraded the hall with a new kitchen, a supper room on the southern side of the hall, and new toilets. The hall was then reopened on 5th March 1963 and a Ladies Auxiliary was formed to raise funds for the upkeep of the hall.

The Auxiliary ran a catering service for weddings, birthday parties and dances for some time, the funds raised were used for hall maintenance, but with no new younger volunteers the Auxiliary ended its catering service and handed the care of the hall to Cabonne Council, who appointed a caretaker/cleaner.

Due to the lack of use, Cabonne Council considered selling the hall until in 2010 a group of new volunteers came to the rescue and started to hold the monthly markets at the hall, using any monies raised to pay for maintenance of the hall. The monthly market, which is held on the first Saturday of the month, has been running now for 12 years.

Once again in 2022 the hall finds itself in need of some new younger volunteers to help keep the hall the wonderful asset that it is for the community. The committee is looking for willing hands to help on market days where a kitchen is run that serves Devonshire Tea’s and a BBQ.

Please consider attending the Moorbel Hall AGM on Thursday 28th April at 4.30pm at Moorbel Hall, or if you would like more information on how you can be involved, please call Christine on 6344 2916.