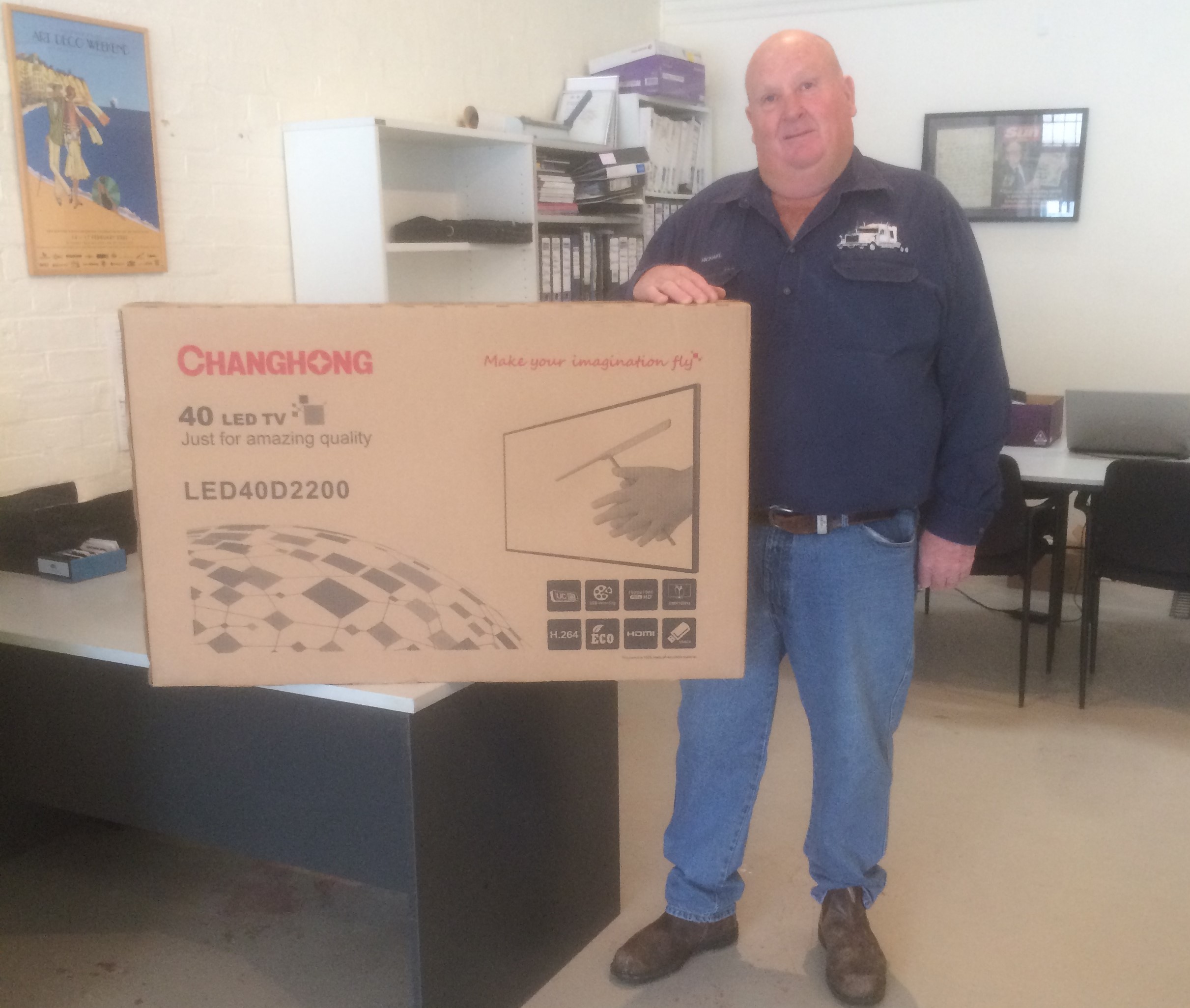 The 2016 Footy Tipping Competition has come to an end after the 26th round of the regular NRL season was played a fortnight
ago, with a very happy winner, Michael Newcombe of MNT Transport coming out on top. The competition started very closely with
the lead changing numerous times throughout the season however MNT Transport took a very strong lead in Round 21, picking
8 out of 8 and managed to hold this for the remainder of the season. Up until this point it was anyone’s game so this made for
a very exciting competition.

Michael won a 40 inch LED television which was kindly donated by the sponsors of the competition, Weily’s Betta Home Living
in Orange. Many thanks to Drew and the team at Weily’s for their sponsorship each year of this competition. Many thanks also goes to each of the participants in this year’s competition; Belubula Building, Belubula Butchery, Bill Paul Carpets, Canowindra Bottle Shop, Canowindra Tyre Service, Cargo Shearing, Dave Rumble, Deli Lama, Matt Dunn, MNT Transport and PM & CM McKenzie Builders.

Thank you all for coming on board for a bit of fun and sending through your tips each week. Michael visited the Phoenix office this week to collect his prize and was over the moon with the result and thanked everyone else who participated for making it such a great,
exciting competition. “The lead changed so many times, I didn’t know who was going to come out on top so this is fantastic”. “It was a great way to get the whole family involved and I really enjoyed it, very much looking forward to participating again next year”, he said.

The Canowindra Phoenix Footy Tipping Competition will definitely be back again in 2017 so keep your eye out for the notice to
sign up before the start of the new season.