You are here: Home / Articles / Ministerial Appointment For Andrew Gee 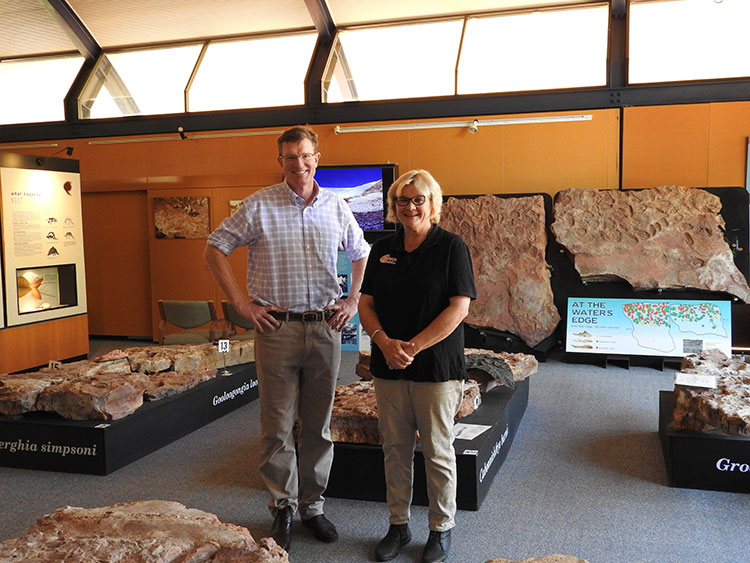 Andrew Gee with Anne Clark from the Age of Fishes Museum.

“I’m very excited to be given the opportunity to serve in the ministry. I’m a country MP, and all of these portfolio areas have a direct impact on rural and regional Australia,” said Mr Gee.

“In regional education, I’m passionate about bridging the divide in opportunity be- tween city and county students. Decentralisation is also a core issue for the bush. It really irritates country people that so many government departments are concentrated in the major cities and we need to be continually looking at ways to move them out, and increase job opportunities in country areas. We also need to encourage private sector decentralisation as well,” continued Mr Gee.

“Finding new markets for our primary producers is vital for the future prosperity of country communities and the role of Assistant Minister for Trade and Investment will allow me to build upon the work I’ve already done with my local orchardists in gaining greater export access for cherries and stone fruit into Asia,” said Mr Gee.