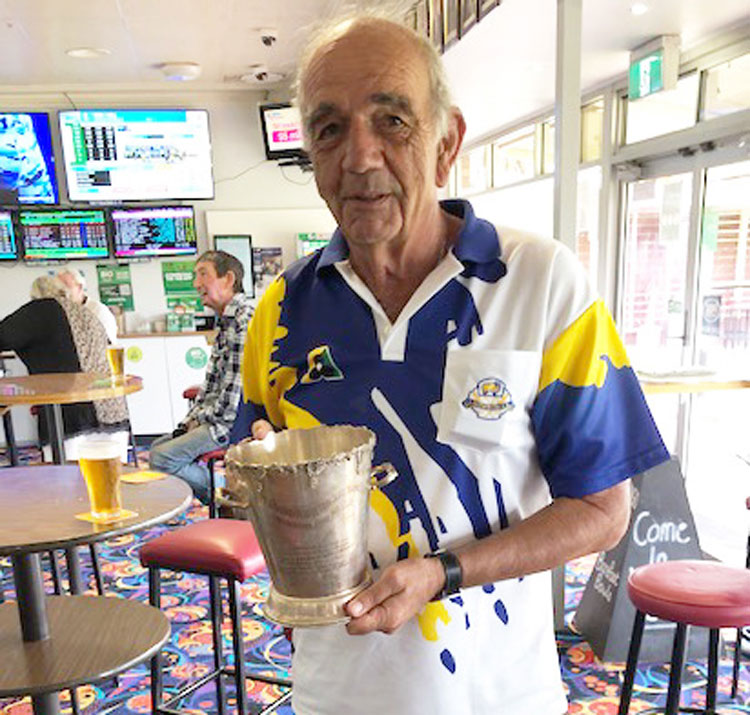 David Crowe was the winner of the Consistency Singles Final at Canowindra Bowling Club last Sunday.

Last Friday night 12 bowlers played mixed mufti bowls with winners being Ian, Mark and Tony Tuimauga and the runners up being Barry Bourke and Liz Thornberry.

Last Saturday a Major Singles match with Brad Bourke against Westy Wyburn was played where Westy had a comfortable win 31-18.

Last Sunday the Consistency Singles Final was played with Ben Rooke against David Crowe. After 8 ends Crowy took the lead and then took control of the game winning the final 155-130. Two Major Singles matches were also played. Dool Beath played against Peter Taylor. After 25 ends the scores were close being 23-22 in favour of Peter. After that Peter edged away winning 31-25.

Friday March 11: Bob and Shirley Robson’s afternoon with names in by 6pm for 6.30pm start. Mixed Turn Around Triples. Individual entries. Prizes for winners and runners up.