Canowindra’s profile of a “small town full of big surprises” has been reasserted again, this time on the stage with the local Community Players’ polished and highly enjoyable musical “TC & AJ Talent Scouts” at the Canowindra Services Club.

And yet another surprise is the play’s co-author, none other than our 2014 Citizen of the Year, Ian Guihot.

Ian and his fellow-writer, Cowra schoolteacher and professional drummer Anthony Hamer, have treated us to a riotous tour de farce that can best be described as “Mel Brookes Goes Punk” – two failing impressarios who try to claw back into showbiz by forming a hit boy band.

It’s their desperate casting auditions and the outlandish characters they attract that keep the audiences laughing – with Ian himself performing a wonderfully brilliantined torch song amongst the dining audience.

This is Ian’s second year with the Players, and the first musical he’s ever written, and he’s characteristically humble about it all.

“I haven’t got any acting talent,” he says, “but if you enjoy yourself on stage the acting comes out naturally.”

And what about next year? Another hit musical? “I’ve no idea at this point. They might not want us back again,” he laughs.

Well, see what you think at the three final performances of “Talent Scouts” at the Services Club this coming Friday and Saturday and on July 5. Tickets, including dinner, are $35 each from the club and Saffi’s in Gaskill Street. 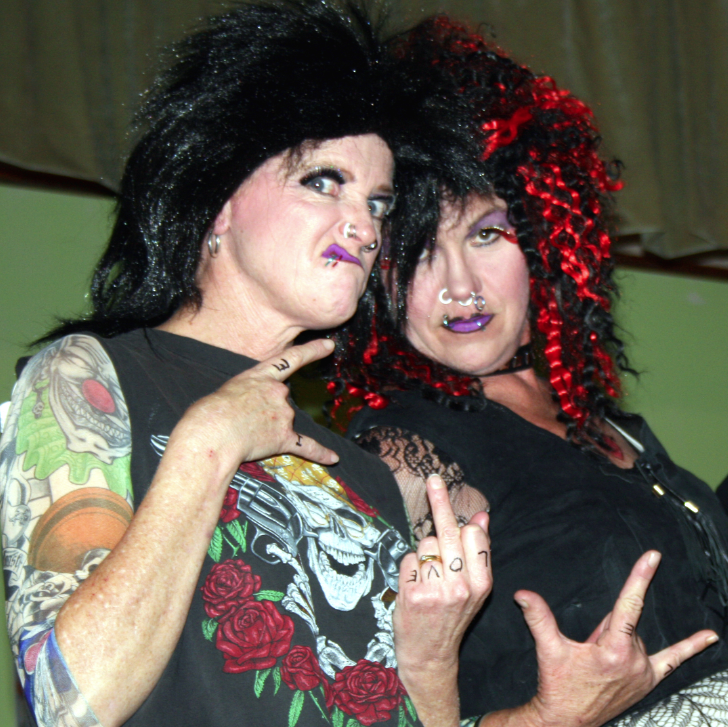