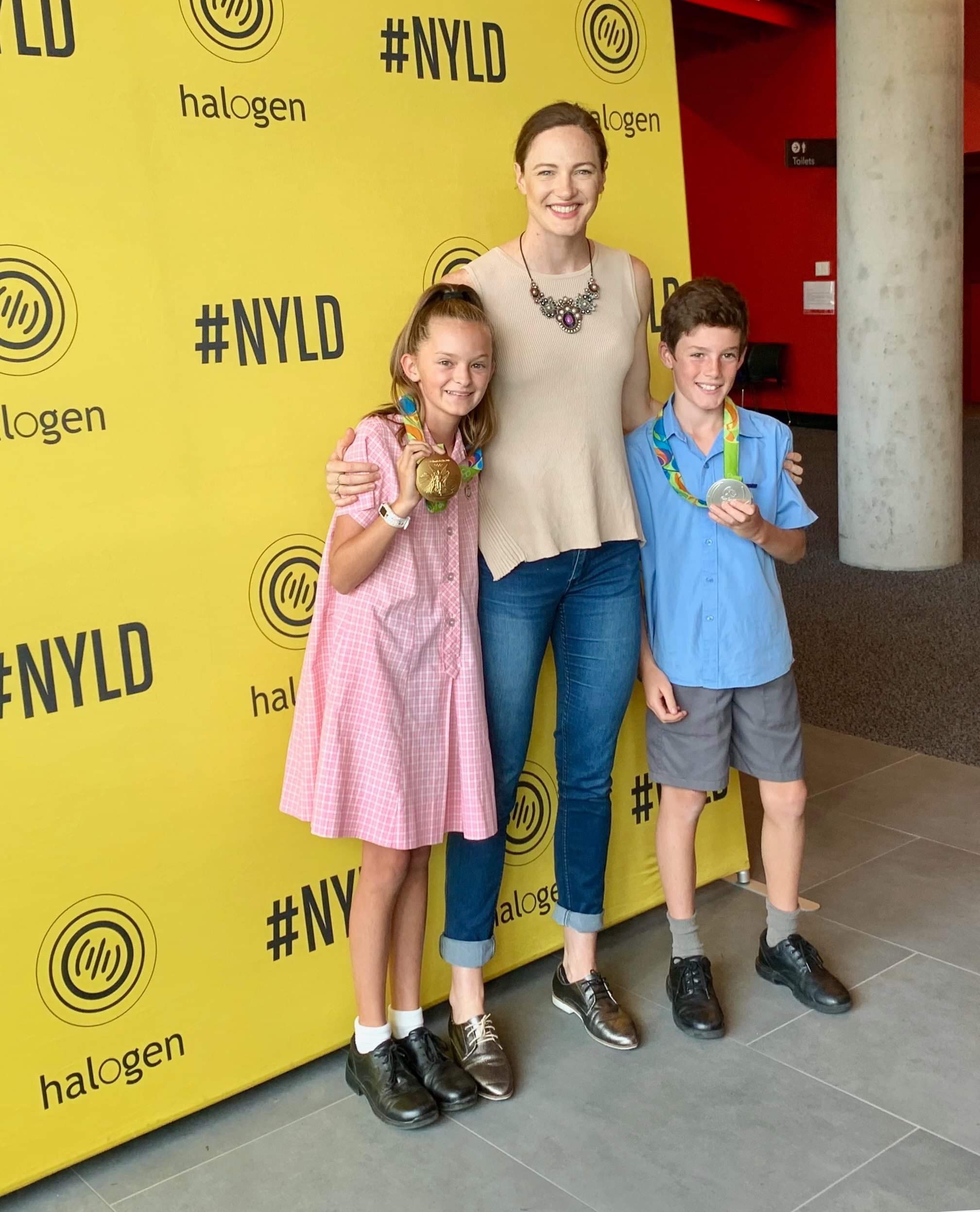 On Monday 11th March the Year 6 students from St Edwards Primary School in Canowindra went to the National Young Leaders Day conference in Sydney to listen to four amazing speakers talking about being great leaders.

The third speaker of the day was Olympic Swimmer Cate Campbell. “I started crying with happiness when I saw her,” said student Ruby Arnott.

“I really wanted to meet Cate so Mum and I started to make our way up the escalator but then we found out that they were not taking single photos,” said Ruby.

We went up to the 6th level and it was packed with students to see Cate Campbell. We got in line, the line was getting huge, as we were getting closer to the front of the line Harry Duguid realised that we got to wear her medals from the Rio Olympics,” continued Ruby.

Harry called out “I am wearing the gold medal!”

“Finally it was our turn, we went up but she gave the Gold to me and the silver to Harry, Harry was very disappointed. We had the photo and I started to cry with happiness! I hugged her and then we left,” said Ruby.

“As we were going down the escalator back down to level 2 the others were coming up to meet her but because there was so many people on level 6 they had to shut down level 6 so the rest of Year 6 didn’t get to meet her.”

“So we are very fortunate that we had the privilege to meet Cate Campbell,” said Ruby and Harry.