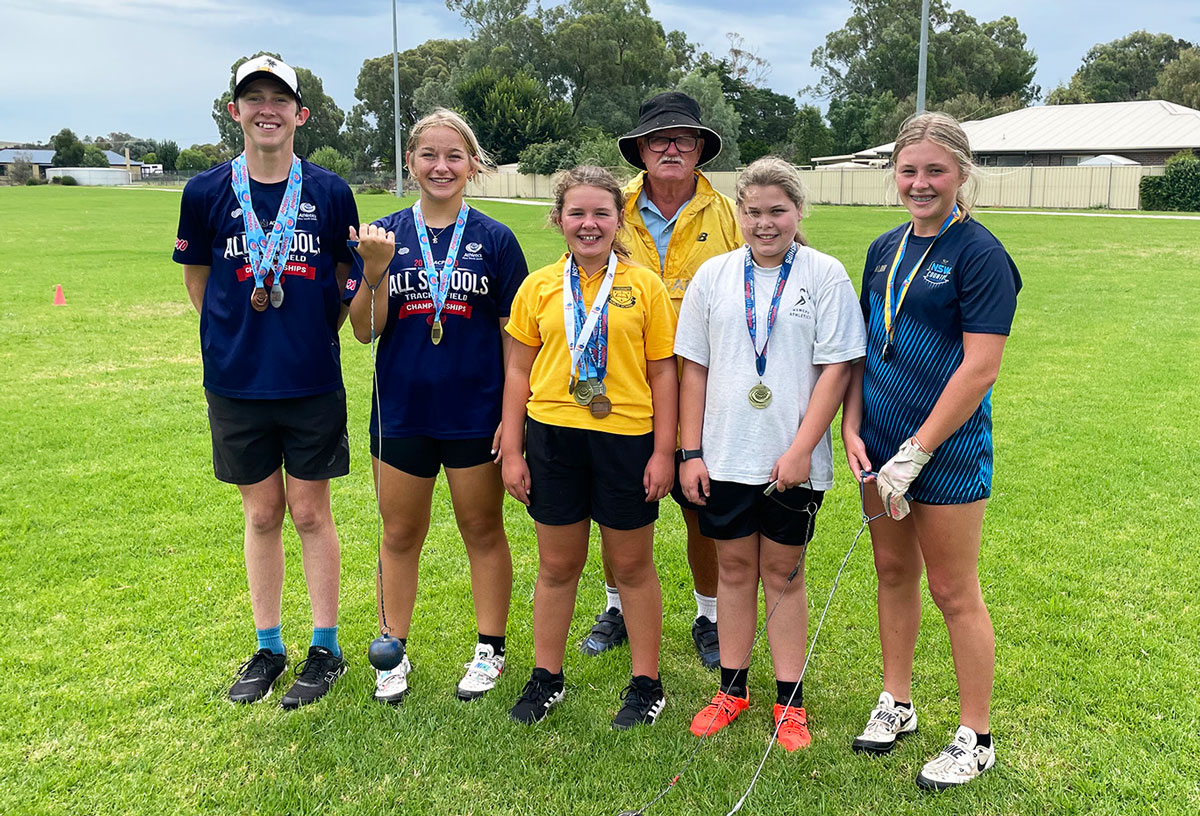 The Central West Throwers have taken out titles and medals at the Country Championships held in Maitland two weekends ago and then backed it up last week in Canberra for the ACT Championships for The Opens, where 15-year-old Canowindra local, Emily Thomas came in as a Silver Medal winner in the under 20s.

Put quite simply and as described by Coach Ernie Shankelton, Hammer Throw is a shot put at the end of a wire with a handle on it.

Ernie Shankelton coaches the Central West Throwers at The Oval in Canowindra, several times a week and has a range of ages that take part.

“It’s definitely growing in popularity with ages ranging from 10 years old to senior ages,” explains Coach Shankelton, who coaches people from all across the Central West and beyond.

Currently, the Central West Throwers has 12 team members ranging from 10 up to 24 years old who take part in competitions.

“I have been doing Hammer Throw for three years and it is fun to swing the thing around, and sometimes it takes you and sometimes you take it!” Member of The Central West Throwers, Ky Garratt says.

“My favourite comp so far, has been The NSW All Schools and has been one of my better comps, as I won that one.”

“My favourite comp was two weekends ago at Country Champs. It was good to compete against different age groups and I threw well in it,” Emily says.