You are here: Home / Articles / Medal awarded To Dr Nick 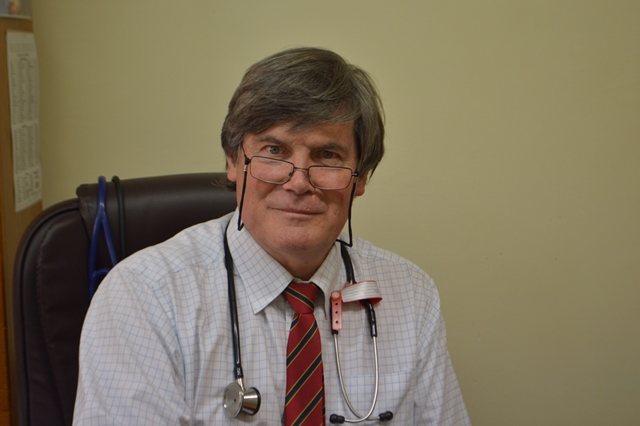 Congratulations to ‘Dr. Nick’ as he is affectionately known for being awarded an OAM in the General Division in the Queen’s Birthday Honours for service to medicine as a general practitioner in the Canowindra region.

Dr O’Ryan said “I was very excited to win this award and genuinely very humbled to be nominated and recognised for over 30 years of local medical service to the area of Canowindra.  My daughter simply burst into tears when she heard the news.”

Over a very busy weekend being on call at the local Hospital Dr O’Ryan said that he loved being in rural practice. He studied to be a GP and general practice is ‘what it is all about’. “It is truly holistic and I care for people from the cradle to the grave. Babies that I have brought into the world are now having their own babies and you end up knowing everything about your patients, including their families and friends. Over that time you are their trusted confidant. They always expect you to remember everything about them, and sometimes that proves to be quite hard.”

Dr. O’Ryan said that he pities his wife who has supported him over many years and thanks both his wife and children, who at times have missed out on his attention. Dr. O’Ryan said “as I approach the next stage of my life, I need to think of what is next, although I have no plans to leave Canowindra.      I probably wouldn’t be able to be employed by any other practice, as I have done it my way now for over 30 years. I want to thank the whole town who has supported me and nominated me for this prestigious award.”

Dr O’Ryan’s long list of achievements includes being a founding member of the Australian College of Rural and Remote Medicine since 1987, a lecturer at the School of Rural health and the University of Sydney’s Orange campus, supervising the College’s vocational program and the John Flynn Placement program and as an advocate for local health services.