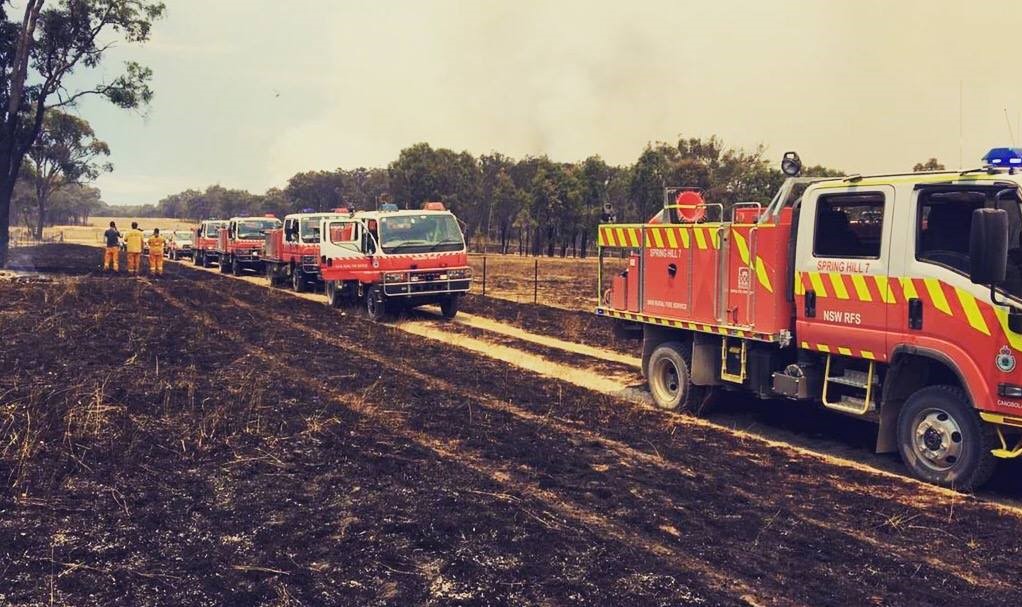 Cabonne Mayor Kevin Beatty has thanked the scores of volunteers who worked tirelessly to control last week’s bush fire on Mount Canobolas. Cr Beatty described the efforts of all Rural Fire Service volunteers and support staff, from within the region and those who travelled from other areas, as “amazing.”

“The terrain and conditions made it an extremely difficult fire to fight, but the around the clock dedication of the volunteers from
the RFS and other agencies ensured no lives or homes were lost,” he said. Almost 1,700 hectares were burnt out during the blaze and fire crews continue to work to mop up and black out any hot spots.

As part of the operation to contain and eventually bring the fire under control, Cabonne Council provided a range of equipment, including three graders, three water carts, two fuel trucks, a roller and a float to move the vehicles, as well as staff to operate the equipment.

Cr Beatty said during the height of the blaze about 30 staff were working at the fire, split between day and night shifts, with a smaller number continuing to work from Thursday to Sunday after the blaze was brought under control.

A further eight employees provided logistical and administrative support at the fire control centre from Monday to Thursday, again working day and night shifts. The Mayor thanked the Council staff seconded to the operation and said Cabonne Council was always ready to provide support in similar emergencies.