Home » Making The Most Of It At Moyne 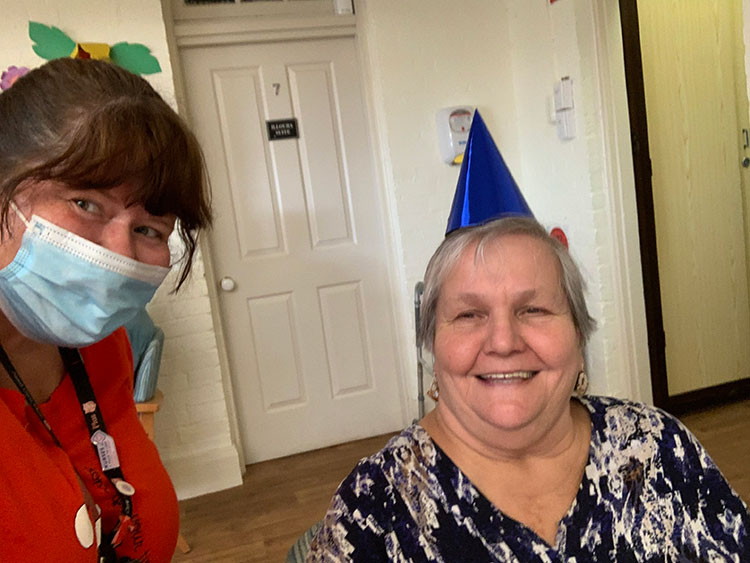 On Friday afternoons at Moyne Aged Care Centre, residents mark the end of the week with a non-alcoholic beverage, an ice cream sundae and popcorn during their happy hour.

“We used to go to our local clubs every Friday to socialise within the community and that is something that had to stop due to the pandemic,” Melissa Delaney, Moyne’s Lifestyle Coordinator explains. “Every Friday for the last twelve months, we have been having happy hour at Moyne instead.”

These afternoons at the centre are made even more enjoyable by Moyne’s resident DJ, Mr John Roberts, who inspires everyone to sing and dance. Mr Roberts, who was a DJ in his younger years, approached Moyne’s lifestyle team about playing his records again and the activity has been a hit amongst residents since.

Travelling to Ireland, England and New Zealand have also been popular activities over the course of the last year with residents being able to “travel” from the comfort of their armchairs at Moyne. Melissa says that each travel day, music from the chosen country is played and country-specific pictures and videos are shown on the TV.

“We will do their traditional foods, traditional dance – all those sorts of things; just to get to know that country without actually leaving the centre.”

The close-knit Canowindra community has been incredibly supportive, Melissa explains. “Every time I go down the street, everyone says, ‘How is everyone at Moyne doing?’ We would like to let them know that we are doing really well.”

Rather than going to the cinema, residents have been invited to eat popcorn whilst watching films like Charade, featuring Cary Grant and Audrey Hepburn and Rio Lobo with John Wayne, on the centre’s big screen. According to Melissa, “It is just like being at the movies without actually having to go out.”

She encourages every resident to have a say in Moyne’s activities program.

“The more ideas, the merrier,” she says, in acknowledgment of those who approach her in the centre and the emails she has received from residents that are filled with ideas. “We have had a lot more resident involvement in our activity planning, which has been wonderful.”