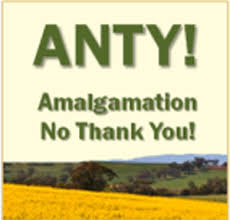 Following the continuing turbulent politics of potential mergers, a rally will be held on Saturday 18th June from 10am in an effort to ‘maintain the rage’ of communities against amalgamation. The rally, which will be held outside the Cabonne Council Chambers, Bank Street in Molong, will be part of other events state wide and is being organised by the Cabonne ANTY Campaign.

Other Councils and anti-merger organisations will rally in their own communities on the same day in an effort to ensure that the NSW Government is aware of how many locals are currently feeling. ANTY Committee representative, Marj Bollinger, has said that we need this rally to protect our democracy. “Give a voice to your vote, keep local local, stop the killings of jobs and growth in regional NSW. We demand that local Government elections in September this year are for all areas, don’t let them carry on with administrators leading our future” she said.

The ANTY Campaign currently have a court case being considered. “With cracks starting to appear in the Baird Government process we need to keep the pressure on. There’s a lot of media surrounding the amalgamation and we need to be heard or they’ll think that Cabonne is ok to be forced to merge, you can make the difference,” Marj said.

The rally outside the Cabonne Council Chambers will last for around 30 minutes with speakers from the Steering committee and the Mayor of Cabonne. Many politicians will be invited to attend. “We want to publicise this rally now so that it’s fresh in your minds, please help promote this widely” said Marj. During the rally a large ballot box will be used as a prop and will be referred to in the speeches. Cabonne is due to have a State bi-election around early September.

The rally and similar initiatives are showing to be popular with local communities. Communities that have expressed their interest so far include; Cabonne, Oberon, Gundegai, Tumbarumba, Queanbeyan, Gloucester, Taree, Harden, Cootamundra, Boorowa, Armidale and Guyra.