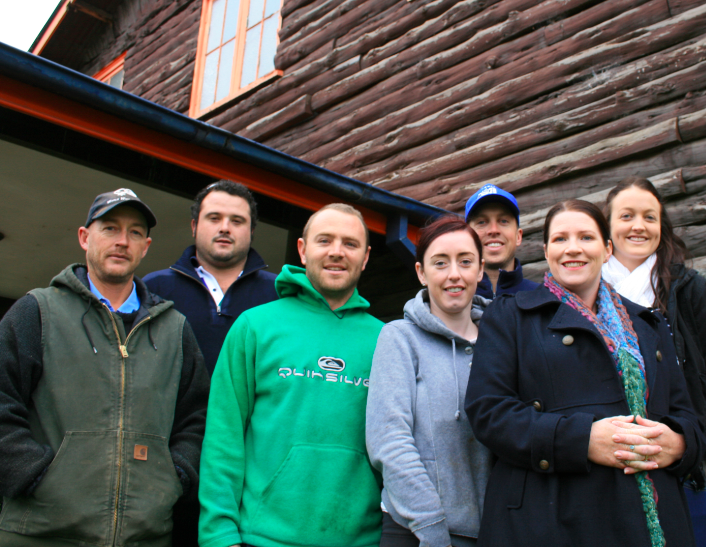 The Gooloogong Log Cabin fundraising committee is revelling in the success of its latest Esky Ball, with possibly as much as $15,000 raised this year to help renovate and restore the historic building.

But they won’t know exactly how much was raised for another week yet, until their treasurer returns from a holiday.

But with more than 300 people sitting down to a gala dinner at $50 a head and dancing the night away to two bands at the Esky Ball, $15,000 certainly isn’t an overly ambitious total to predict.

For the devoted Esky Ball Committee, the result is a triumph for their efforts to boost support for the project, which has lagged a bit in recent years.

Says Rachel Eagles, one of the original committee members: “We’ve brought in new ideas to attract support, including a sit-down two-course meal, entertainment and competitions at this year’s ball.

“The result is that we tripled the response, with 300 guests this year compared with only 100 last year.”

The community-owned Gooloogong structure is one of only two log cabin halls in Australia and so the renovation effort is crucial to the town and the nation’s heritage.

The major problem is the roofing, which needs restoring – a project that’s been estimated to cost around $60,000.

The Esky Committee had raised $20,000 towards it before this year’s ball, and if estimates of the “take” at the June 21 event are reasonably accurate the fundraising effort should now be well over the halfway mark.

The group has also added new events like a Gooloogong talent contest, trivia night and movie nights to attract more funds and, of course, would like to hear from anyone in the region who’d like to make a personal donation. You can call Annemarie McArdle on 0404 547 565.