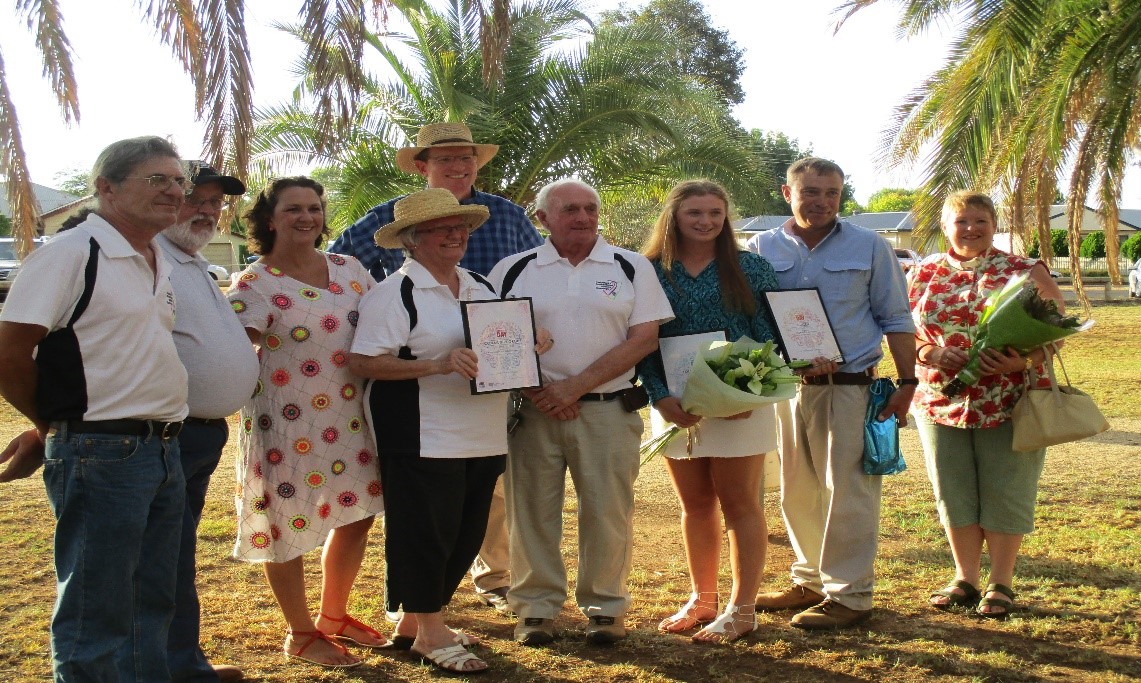 On Friday January 26th from 6:15pm locals began to assemble with their chairs at Morris Park for the annual Australia Day awards ceremony and celebrations to commemorate and recognise the Young Citizen of the Year, Citizen of the Year and Community Group of the Year as well as participating and supporting games and events held throughout the evening.

The evening kicked off with the Welcome to Country and the National Anthem and then local Canowindra resident Caddie Marshall giving a warming tribute to Australia before guest speaker Mr Andrew Gee MP announced and presented the Citizen of the Year to Michael Harrison, Young Citizen of the Year to Joanna Balcombe and Community Group of the Year to the Canowindra Balloon Challenge. Congratulations also to local Amelia Holmes on being announced as Cabonne’s Australia Day Youth Ambassador for 2018.

When it came to the judging of the bike competition Andrew Gee said “They are too good to tell apart” and declared the competition a draw with Lillian Harrison and Holly Pull sharing first prize, with their fantastic bikes before the cutting of the Australia Day cake by the award winners.

The excitement of the day continued with the Canowindra Cup and the dry land boat race with everyone enjoying the fun and games with lots of music to keep the event lively as well as the announcement of the colouring competition winners.

Throughout the evening the Canowindra Lions Club provided fresh watermelon, food and drinks to locals keeping in the spirit of Australia Day as well as maintaining the driver reviver for those just passing through. Despite the humidity and the threat of rain nothing could stop the fantastic Australia Day celebrations in Canowindra.