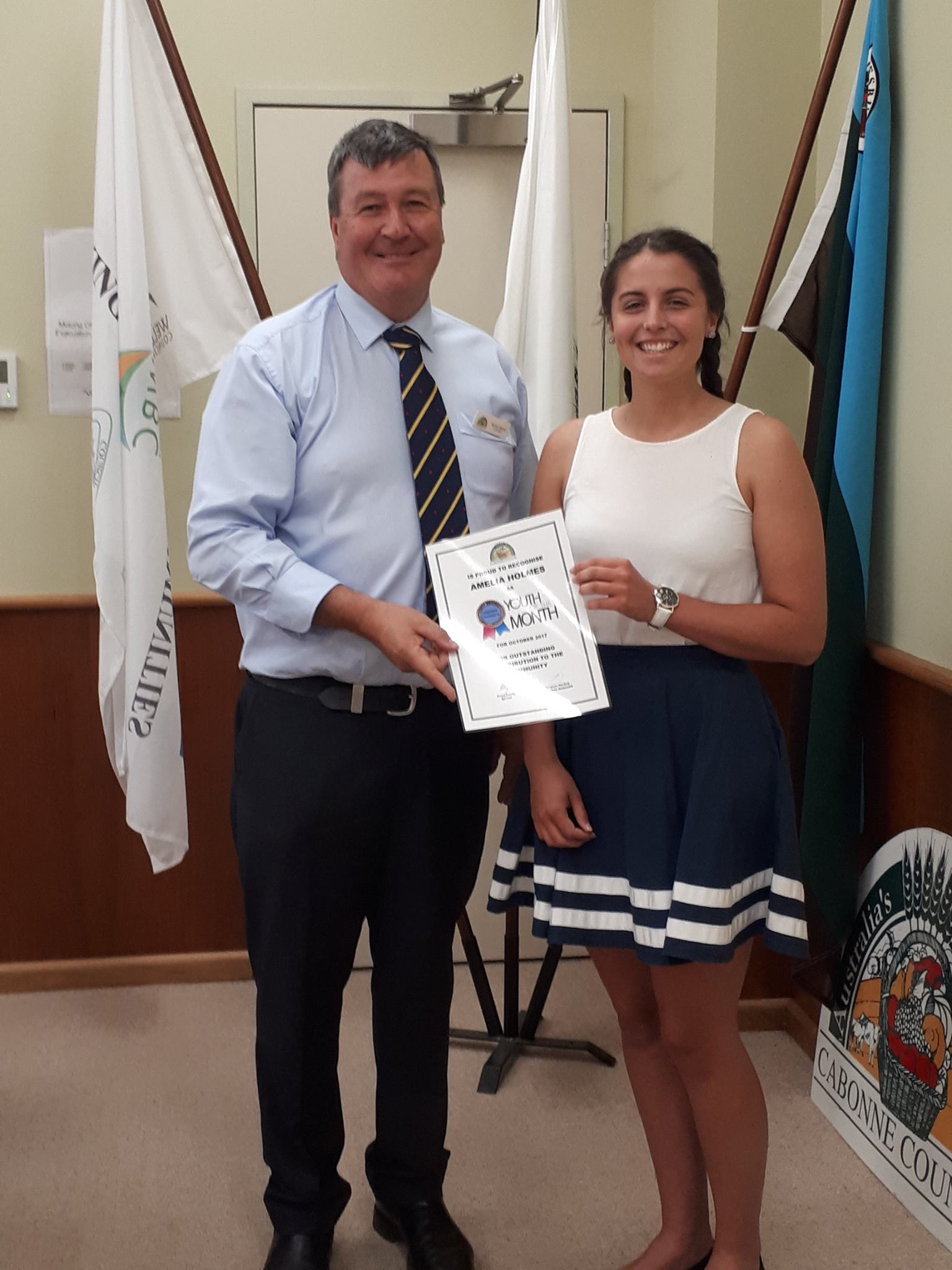 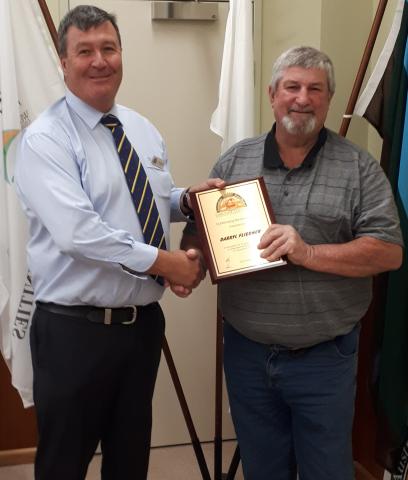 Local Canowindra residents Amelia Holmes and Darryl Fliedner were both recognised and presented with award’s at Cabonne
Council’s December meeting. Amelia Holmes was awarded Cabonne Youth of the Month. Amelia is 17 years old and is currently attending Canowindra High School.

Amelia has a positive attitude towards her studies, strives for excellence and is never satisfied with meeting just the minimum requirements. She is currently undertaking her HSC, with ambitions of attending University to study engineering. Amelia has received presentation night awards for youth leadership and teamwork, first place  in Mathematics – extension 1, Physics and Design and Technology. She also received an overall achievement award which places her in the top 10 percentile of her year group.

Amelia is a keen sportsperson, representing the school at Western Region and State levels for swimming. She has also represented the school in the Rural Cup for soccer, hockey, touch football, basketball, netball, volleyball and softball. In addition, she is also an accomplished equestrian, training her own horses and travelling the region to compete in show jumping championships, placing in each.

Amelia has been involved in the community in many ways, through ANZAC and Remembrance Day service, the Junior Miss Showgirl competition for Canowindra and volunteering at the Canowindra Balloon Challenge and in the High School Canteen. She is a regular blood donor and works casually at both IGA and a Lifeguard at Eugowra Pool.

As a senior leader at Canowindra High School, Amelia was responsible for running school assemblies. She was an active fundraiser for Cystic Fibrosis Australia as part of her role in the Year 12 charitable initiative. She is thoughtful and considerate with her peers and teachers and her dedication has earned her the Central West Flying School Scholarship which allows her to learn to fly in Bathurst.

Cabonne Council employee Darryl Fliedner was awarded a service commendation from Mayor Kevin Beatty after 26 years and 10 months service with the Council. All the best in your retirement Darryl!