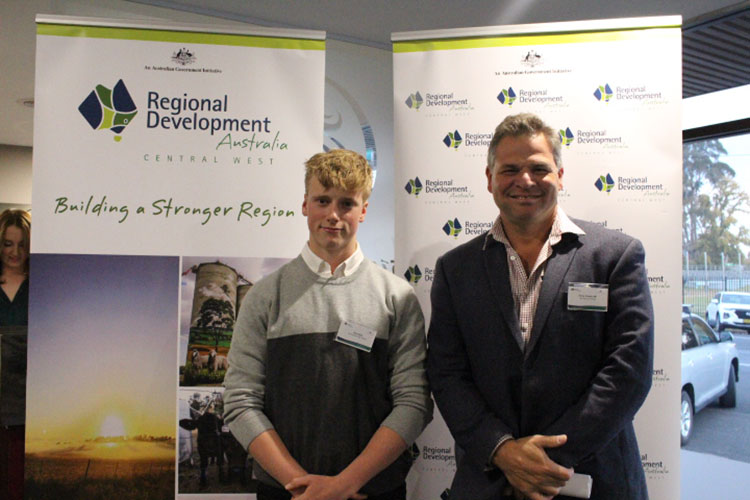 Following the success of last year’s TEN4TEN Leadership Dialogue, Regional Development Australia Central West (RDA Central West) has launched the program for 2021 with a new group of students and mentors from the Orange, Blayney and Cabonne local government areas, including Canowindra’s Ryan Ellis, a student at Canowindra High School.

Ryan follows in the footsteps of Canowindra High School captain Claire Wright, who completed the program in 2020, the Dialogue’s first year. Through the program, Claire was mentored by Federal Member for Calare, Andrew Gee MP and had the opportunity to write one of Andrew’s speeches for Parliament.

“Claire is a force to be reckoned with and I have been continually impressed with the example she sets for others,” said Andrew at the time. “If this speech is anything to go by, I have no doubt that Claire will go on to do great things in life for both Canowindra and the broader community.”

“This is the second year we have run TEN4TEN and we have another fantastic cohort of students and mentors involved in the program,” said Mr Harma. “Mentoring plays a major role in fostering the next generation of young leaders in our community and it is clear that the future of the Central West is bright and in good hands!”

Over the course of the TEN4TEN program, students will attend events with various council members and leaders.

A visit to Parliament of NSW in Sydney, hosted by mentor and Member for Orange Phil Donato and Australian Parliament House in Canberra, hosted by Andrew Gee MP are planned for later in the year.

Ryan will be mentored by Phil Donato, Member for Orange.