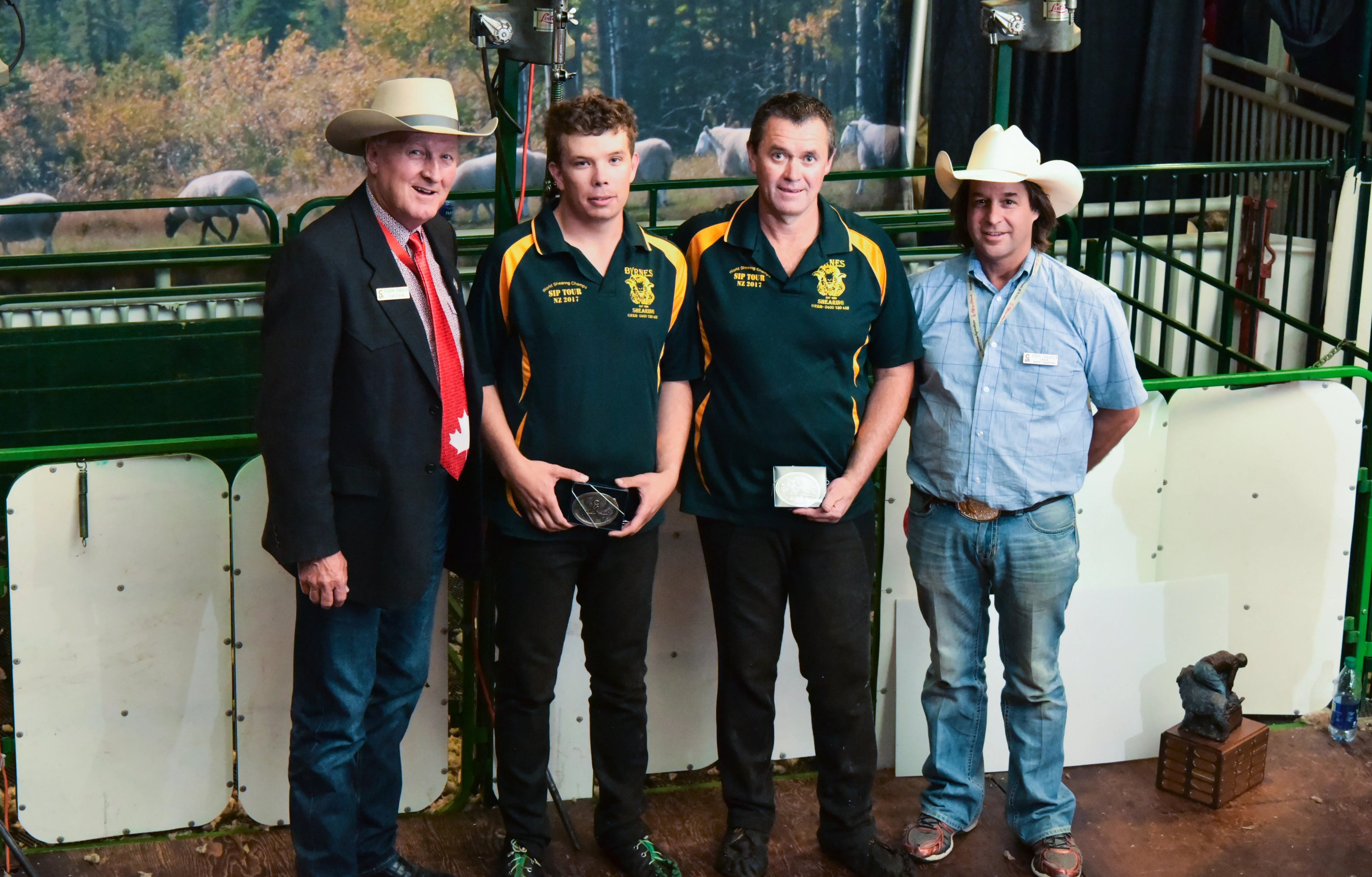 Local James Russell from Canowindra and Mike Pora from Billimari have a lot to celebrate after their impressive shearing at the
Calgary Stampede North American Sheep Shearing Challenge last month.

James Russell began shearing after he left school in 2011 and has never looked back. He also works on the family property when the shearing season slows down. Mike Pora is a shearing instructor and runs his own business called Shearing Industry Promotions.
Mike Pora suggested to James that he and his parents go with him, his wife Cindy, and other friends, to the Calgary Stampede. Mike was going for his third straight win in the North American Sheep Shearing Challenge and his second title in the International Challenge.

In this competition Mike Pora came second and James came fourth in the Open division. Then it was onto Calgary. In the final at Calgary James had to shear 8 lambs. James was awarded Reserve Champion by .05 of a point with Mike Pora awarded Champion.
James and Mike also teamed up on the first day of the Calgary Shearing Competition for the International Event. They won that event by 10 points over the Canadian team. Their prize for this was a Calgary Stampede belt buckle.

Shearing competitions are judged on speed and quality. It is the shearer with the lowest score who wins. The shearers gain one point for every 20 seconds of time it takes to shear their sheep. Three points per minute. Judges are watching as they shear and a shearer gains points for skin left on the fleece and going over the skin a second time to shear off any wool left behind from a previous blow.

When a sheep is shorn it is then judged out behind the board with more points added to the shearers score for wool left on the sheep and cuts to the skin of the sheep. All penalty points are added up, divided by the number of sheep shorn and then added to the time points. Again, it is the lowest score that wins.

Sportshear NSW has a shearing competition circuit in progress now. Twenty-one shows are run between now and the finals at Dubbo Show in May 2018. The circuit started with a competition at Nyngan Ag expo two weeks ago where James was first in the Senior Division. The next competition is at Forbes Show on 9th September followed by Canowindra Show on 23rd September. Shows range
from Inverell in the north to Culcairn and Wallabundrie in the south, with lots in between.

The idea of the shearing competitions is to improve a shearer’s quality for everyday working life. Speed and quality at a competition follows on the quality in shearing sheds something all shearers are aiming for.