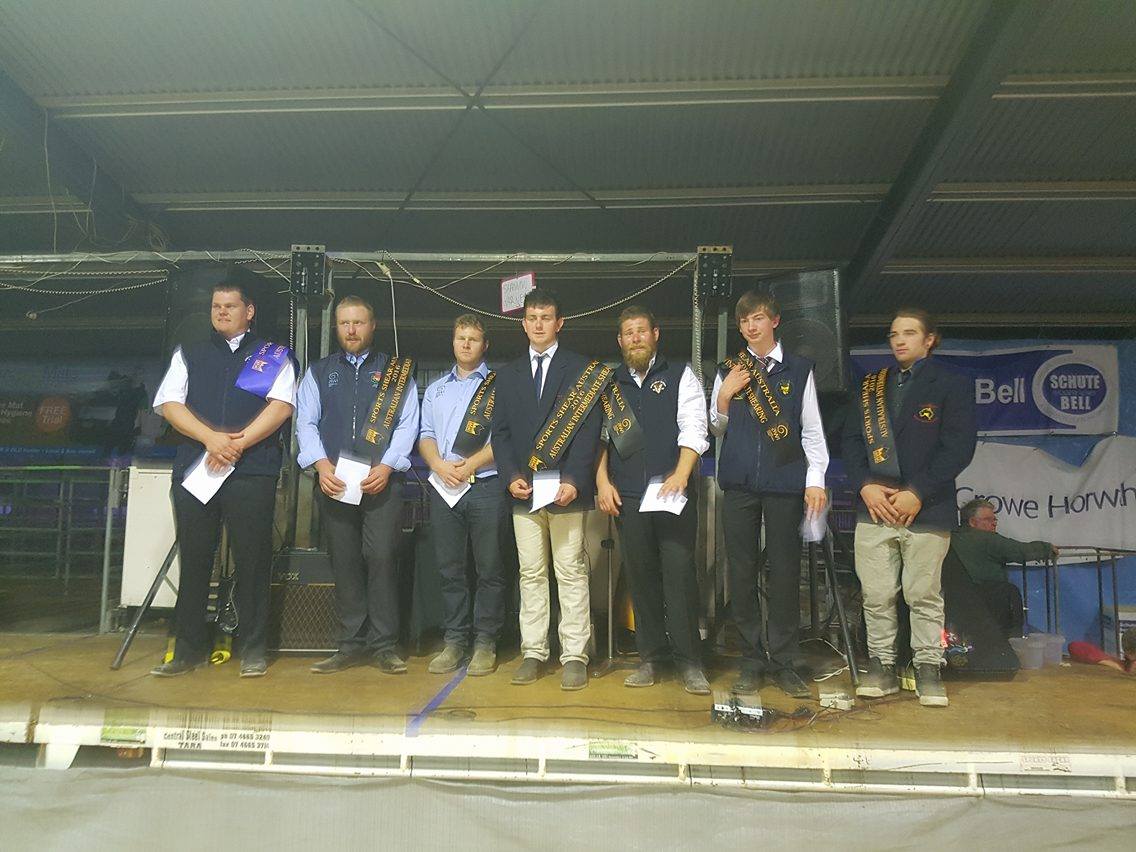 Stuart Gavin has won 3rd place in the Australian Junior Shearing National Championships last week. The National Championship hosts over 120 Shearers and Wool Handlers from across the country. The annual event is run by Sports Shear Australian Association and was held in Warialda this year on October 7th-8th. Stuart Gavin has been working hard leading up to the event and says, “I went to Tasmania and Victoria earlier this year to see what the competition was like to help me prepare for the event.”

The competition was pretty fierce this year and there were only a couple of points separating 2nd and 3rd place. Stuart Gavin was pleased with his results and says, “I matched the winner with quality but he had the speed and agility to win.” Stuart is hoping to improve his technique over the next few months leading up to next year’s event but says the best thing about competing is, “It’s good to verse different competitors from all states across Australia.”

To qualify for this event competitors are required to compete in Shows across the state to accumulate points. Those with the highest amount of points than battle it out to qualify for Nationals. “I’ve travelled as far as Bourke, Inverell, Glen Innes, as well as all of the local area Shows,” says Stuart Gavin. Stuart gained 42 points by winning at shows to qualify him for the NSW Circuit.

It was here that he then progressed through to compete at Nationals. In the Junior Australian Championship competitors were required to shear Merino Ewes being judged on wool left, cuts and speed. They had to shear four sheep and most were averaging 2½-3 minutes per sheep.

Stuart says he will continue competing and “hopes to go to the World’s next year in New Zealand.”