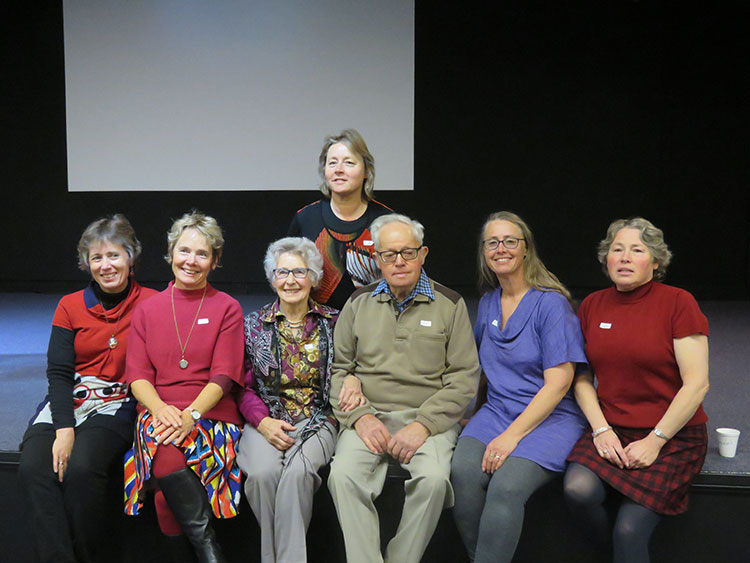 Local legend Les Pfeiffer finally celebrated his 90th birthday with a surprise party for his 91st birthday. Les with wife Doris, has five daughters who organised the do at Orange Christian School, catering the event. One of his 13 grandchildren, Bethany, made a farm themed birthday cake.

While Les had an inkling the party was being planned, he was surprised to see 70 of his nearest and dearest, from as far as the top of Queensland to Tasmania, come together to celebrate his incredible life of service.

Les grew up near Grenfell on the land, leaving school at 14 to work on the family farm. He later moved to a farm at Greenethorpe where he raised his five daughters. Les and his wife Doris later sold the farm and joined Cornerstone Christian Community, helping to build the training centre in Canowindra. After a quarter of a century of service through Cornerstone, Les and Doris moved into town and now spend time volunteering at Moyne Aged Care, driver reviver and Meals on Wheels.

“They help wherever they can,” said daughter, Sue Hodge. “We had a gentle-man speak at Dad’s party and he said there have been thousands of young people affected and influenced by Mum and Dad.”

“Dad is a gentleman and very humble, so he gets embarrassed when I talk like this. He is kind and caring and Mum talks a lot!” Sue said with a laugh. “She is all those things too, but she does talk more than Dad like me.”

Sue’s feelings were shared by many of those who attended including local singer/songwriter, Nerida Cuddy, who performed her original song Fencing Wire for the occasion, along with Dubbo singer Paul Roe and friends and family who shared speech-es.

“Lots of people wanted to say something about how wonderful he has been,” Sue finished.