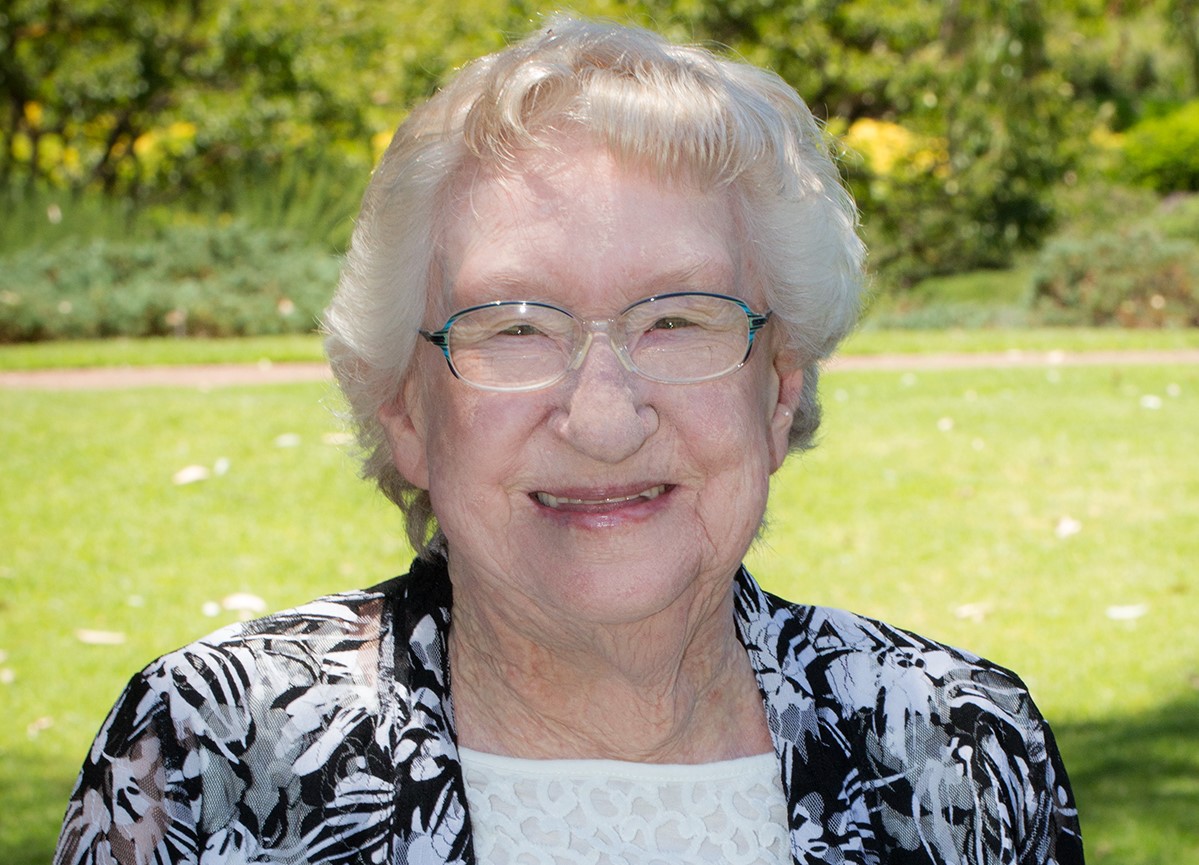 May Nell Forbes (Mac) was born in Rylstone on the 13th December, 1926, having a wonderful childhood growing up as a country girl with her younger brother Wal. Mac became a nurse, following in her mother’s footsteps, which she loved. During that time, she fell in love with one of her patients, named Jack, and after a beautiful romance they were married in 1952. Eight years later their son Laurie was born, followed by their daughter, Jacqui (Harkness) two years after that. They settled in Chipping Norton in 1964 and during her
years there, Mac was involved in playing and coaching tennis, running a swimming club, and at the same time working at the Primary School canteen.

In 1980 Jack and Mac retired to Canowindra where they made many friends. Mac loved being back in the country, and enjoyed
more canteen work, as well as antique shop stints and many years at St. Vincent de Paul, at the same time keeping up with her tennis.
Her son and daughter and families have all lived in Canowindra with her at times, which keeps her busy, happy and loved.