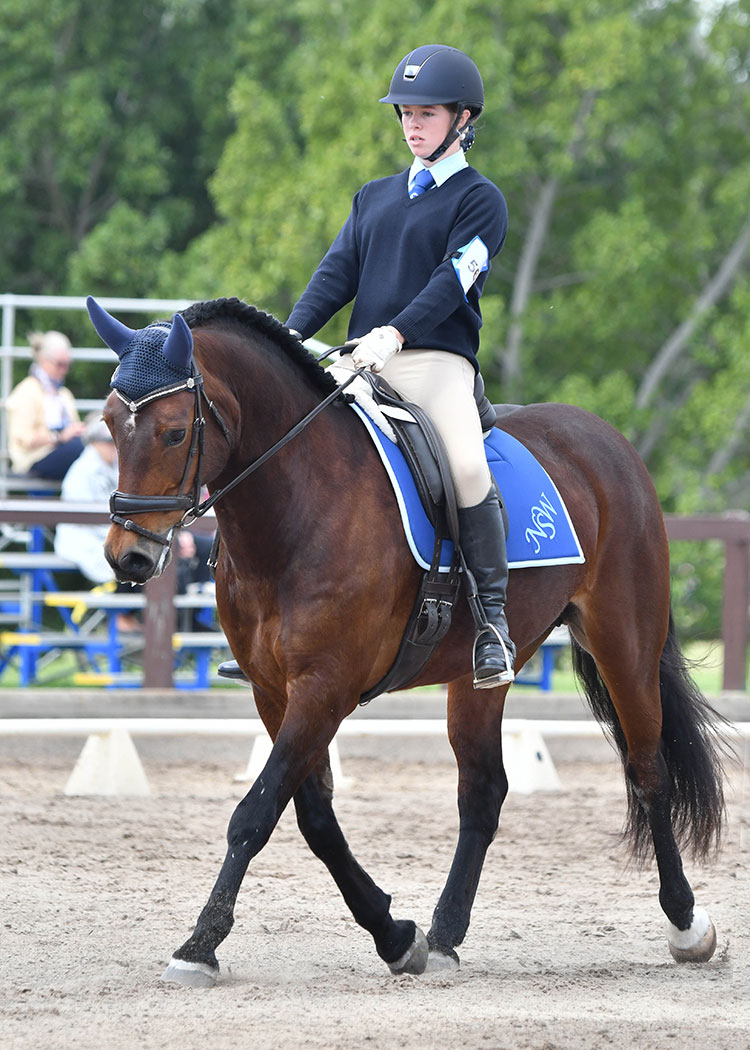 Victoria rode her handsome stockhorse gelding ‘Bandalene Truman’ gaining a re- spectable 11th, 11th and 16th in her tests across the three days of competition.

Rianna rode her beautiful Welsh Cob mare ‘Grenwood Lulu’ placing 5th overall in the individual junior dressage and was a part of the 2019 National Junior Dressage Team with team mates Catelin Crawford from Tumut and Lily-rose Powell from the mid-north coast with the highest overall junior team scores from all states.

This caps off the year for both girls, with Rianna also competing at CDI in Sydney earlier in the year gaining 4th CDI Pony Individual dressage and 4th CDI Pony Team dressage.

Congratulations to both girls on their wonderful achievements at this high level of competition.