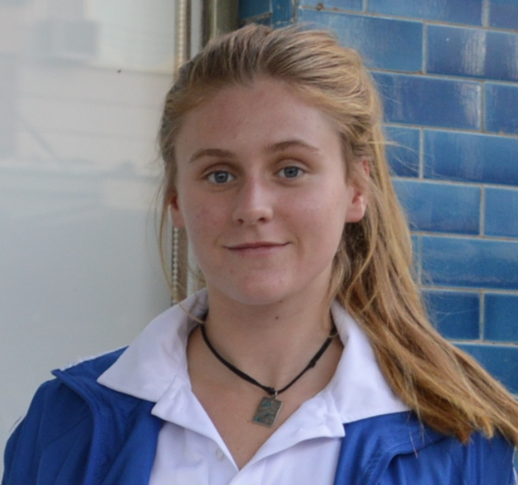 Last December Adelaide Ellis received a letter from Sports Travel Australia inviting her to attend track and field meets the following July in Kelowna and Vancouver, Canada. Adelaide was invited based on her participation of state level 100m sprinting. She won Western Region last year (which covers an area almost as big as Germany) and then went to Sydney. This was the first year she competed as an individual rather than team events she’d previously attended with. Flying out of Sydney, Adelaide said that she wasn’t looking forward to the plane food but was excited about the trip ahead. Four days were spent training, competing and sight-seeing in Kelowna.  During the stay Adelaide and her team came 2nd in the relay. She also came 8th in discus.

Vancouver proved to be tougher competition and Adelaide came 5th in high jump and 7th in discus. After all that hard work, a side trip to Whistler was enjoyed and Adelaide saw snow for the first time. Reportedly the people in Canada and America are very friendly, although the meal sizes were rather large compared to what we’re used to in Australia!

Adelaide stated, “One of the best things about the trip are the friendships which I have formed. The coaching was fantastic.’ Adelaide and her family would like to thank everybody who has supported them in their quest to raise funds.   Angela said “there is no way that Adelaide could have attended without this support.”