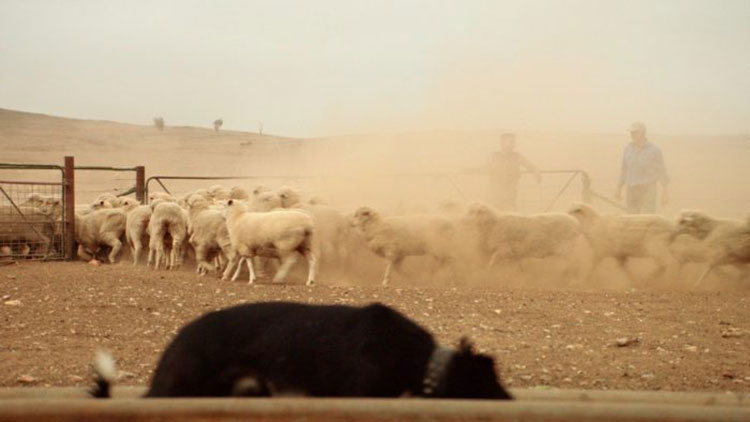 Dust Cloud, a locally made film about the life of a working Border Collie, will be screened in Canowindra in April.

Any dog lover will tell you that a dog can change your life. Trudi Houston is no different, even going so far as to write and direct a film inspired by the life of her beloved Border Collie, Jack Sparrow.

“I just had to write about how human and moving he was,” Trudi said.

Trudi, who lives on a farm in Woodstock, wrote the film, titled Dust Cloud, while completing a Masters of Screenwriting at the Australian Film, Television and Radio School in Sydney. The film was conceived in 2019 at the height of the drought when the air was thick with dust.

Trudi is proud of the final product, which was filmed in March 2020 in Woodstock and the tremendous community effort which made it possible.

“We used as many locals as we could,” she said. “We had a NIDA graduate production designer, genuine shearers, authentic farmer and his son as the two surly characters that are not kind to this dog and Pennie Scott catered.”

The movie was selected into Flickerfest and will be screened three times in Canowindra as part of the festival in April. On 16 April, cast and crew from Dust Cloud will attend the screening.

“I am really grateful for the local support I was given,” Trudi finished.