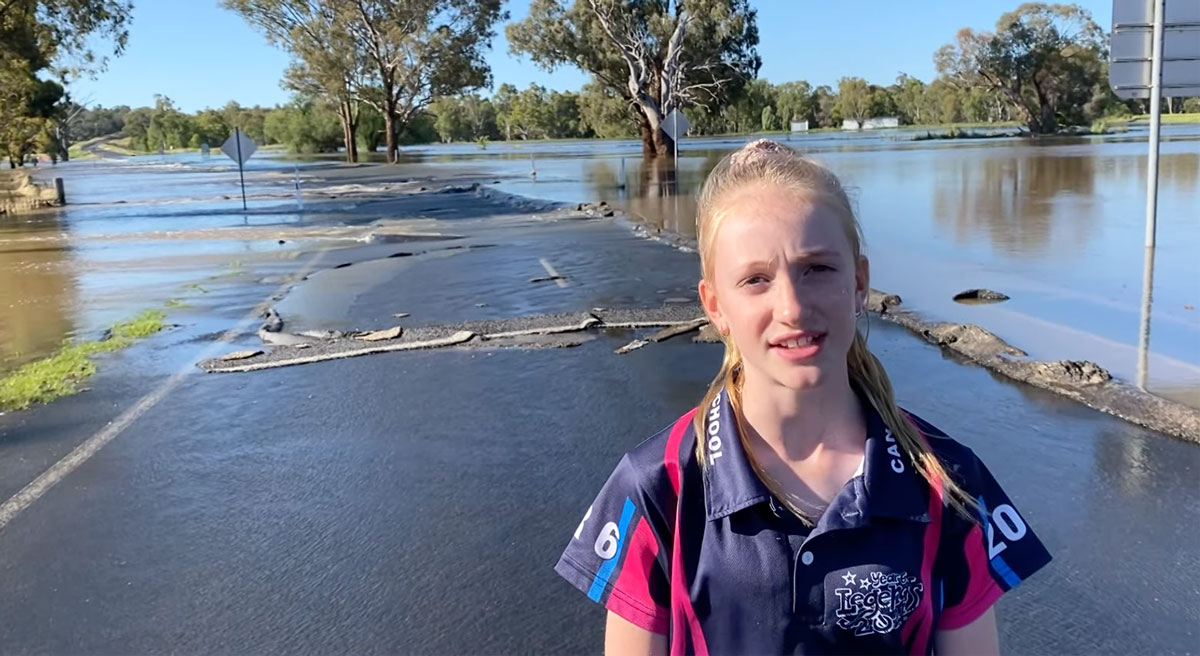 Lacey Duguid was a guest reporter for Behind The News, which aired on the ABC on 17 November, 2021.

Behind the News or as it is more commonly known – BTN, is an educational news program aimed at 10-13 year old kids. It unpacks and explains news and current affairs to young people in a dynamic and creative way.

Created and aired on the ABC, a range of opinions are presented so students gain a greater awareness of differing points of view. Through watching BTN Classroom, students increase their understanding of complex political, economic, environmental and social issues.

A feature of BTN is the ability to be a guest reporter, and this opportunity was grabbed with both hands by Canowindra Public School, Year 6 student and School Captain, Lacey Duguid.

Being a local resident and living on a farm with her family near Gooloogong, Lacey saw first-hand the impact of the recent flooding. Being cut off from town by flooded roads, she was in a prime position to tell the nation about the flood event, from her perspective.

BTN contacted Cowra Council looking for a student that had been impacted by the flooding. The Council asked Lacey to film some clips and conduct interview questions for the national program.

“It was a fun experience to film and exciting to be on,” explains Lacey.

“I had never thought about being a journalist although it would be loads of fun and I enjoyed being able to bring country life to national television.”

Lacey filmed the interview on the road that was cut by flooding that she usually takes to school. It was in Gooloogong behind the Log Cabin towards the bridge over the Lachlan River, which was apparently full of snakes with the flood waters.

The reporting appeared on BTN on 17 November, 2021. If you missed it, you can watch the episode by logging onto https://www.abc.net.au/btn/