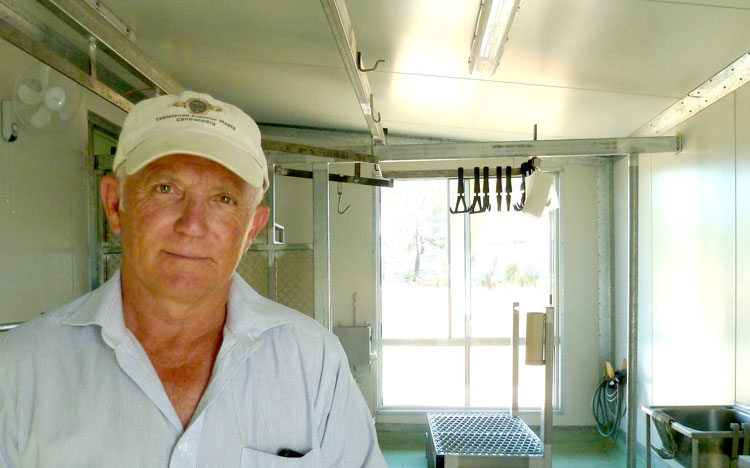 A Canowindra abattoir has won a competitive tender to build a facility in Barham, NSW. After the town of just over 1,000 lost its nearest abattoir, the call went out and Stephen Tamplin of Pride of Oak Tablelands Premier Meats applied.

“We submitted a tender among six other people from New Zealand and interstate. We were awarded the tender to design, construct and commission an all-species abattoir. The build will start in July and we hope to finish it before the end of the year,” said Stephen.

The qualified meat inspector believes the successful application was in large part due to the quality of his Canowindra-based operation, which began in 2012.

“We have had steady growth since we started and now we process all species. Most abattoirs focus on one kind of meat, but we do everything. It gives recognition to the facility that we have here that it is meeting criteria,” Stephen said, adding that he has had visitors from around the world inspect his operation.

Further, the tender will necessitate expanding his staff here. “I will need more local employment here to help with the admin of the Barham project, so Canowindra will benefit,” Stephen finished.