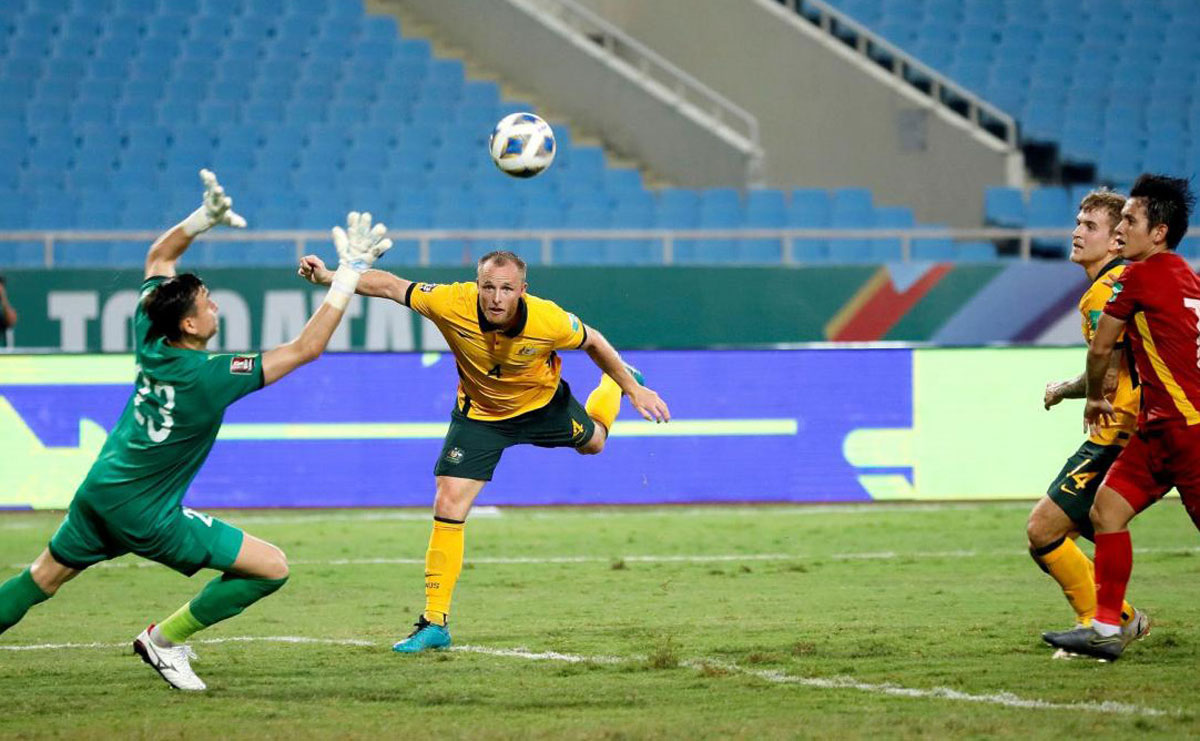 Canowindra boy Rhyan Grant has turned international soccer star, playing for the Socceroos as fullback in their World Cup qualifier against Vietnam at My Dinh National Stadium in Hanoi last week.

He scored his maiden international level goal, which was the one that won the game.

Grant has been playing for Australia for many years now, in various defensive positions.

He headed home a cross shot two minutes before half-time. It was Australia’s only goal during the qualifier.

From the starting whistle, Australia had the bulk of possession, playing most of the game in Vietnam’s half.

The Socceroos had 74 per cent of first-half possession.

Grant’s goal was the thing to show Australia’s danger on the field, and what pres-sure would come in the second half.

Neither side managed to score during those 45 minutes.

This was Vietnam’s first home loss in six years.

Australia went on to thump an average China 3-0 in the next qualifier.

Grant’s teammates Awer Mabil and Mar-tin Boyle scored in the first half, with Mitch Duke securing that Socceroos victory.

Trouble in Group B could ensure Australia a qualification for a fifth straight World Cup.

“His achievements show that if you have self belief, train hard and set big goals it will take you far,” he said. “It was a fantastic goal, especially from a defence. It was a great result personally and for the team.”

Grant, who plays the season for Sydney FC, was the only A-League player in the squad.