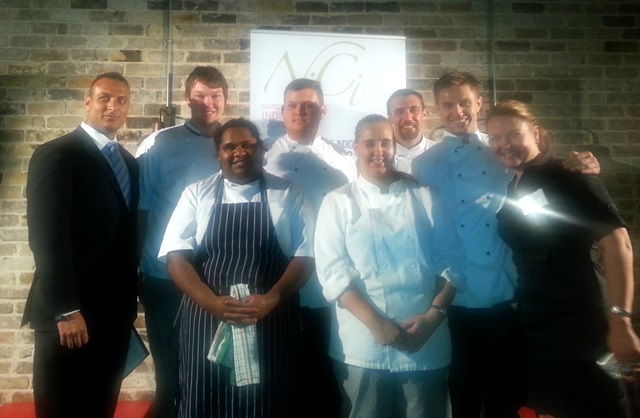 Canowindra locals Brett Morgan and Kerrie Smith are very proud parents this week. Their son, Kelton Morgan-Smith, was one of seven to be the first ever graduates from the National Indigenous Culinary Institute at Rockpool on Monday. The NICI was established in 2012 to improve employment opportunities for indigenous people and the three year hospitality program offers training and experience to aspiring chefs.
Kelton works at Bondi Icebergs in Bondi and has been offered a full time position there should he want it. “This certificate is a ticket to the world,” says mum Kerrie, “There are a lot of youths in Canowindra who complain about a lack of opportunities but who don’t search for them. I’m just so proud of Kelton for being brave enough to get out of his comfort zone and go for it!” The certificate is signed off by 10 of Australia’s top chefs and the ceremony was attended by high profile industry figures and federal politicians including Tony Abbott.”A lot of the guys have said they never thought they’d have a chance of working in restaurants at this level,” says NICI program co-ordinator Cain Slater. “Now there’s no reason they can’t.” NICI is set to launch in Melbourne later in the year. Well done Kelton!
By Rhi Quinn