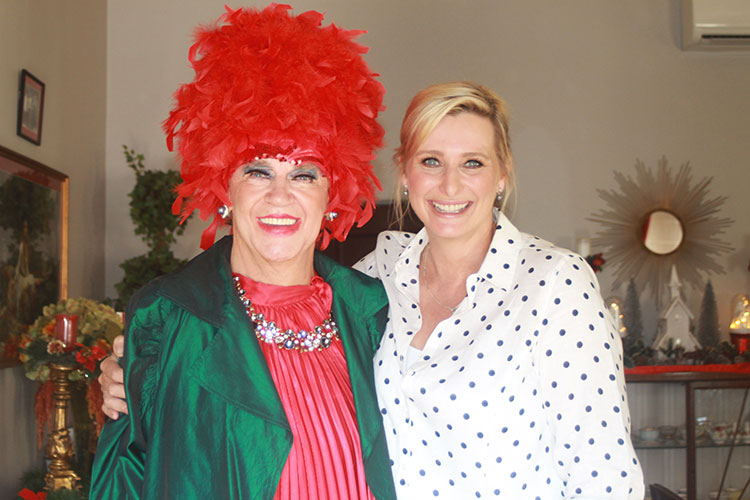 Though the day was predicted to be a typical Canowindra scorcher, the morning was clear and temperate as the Better Homes and Gardens television crew arrived in Gaskill Street last week.

There to film our town for a 2021 episode of the popular lifestyle show, presenter Johanna Griggs was greeted at Montrose House by owner Tommy Jeffs’s alter ego Tallulah in full red and green garb with a feather headdress and over the top costume jewellery. Tallulah delighted Johanna whose friendly “just call me Joh” nature put any nerves to rest.

After a quick shoot Tallulah retired and the crew waited to meet Tommy. Joh stood in the dining room of Montrose House, the tall former Olympian at ease as she discussed the day’s shooting plans.

“This is Tommy’s tour of town,” Joh said with her signature smile. “We are going to have a look through Montrose House then we are heading up to Finn’s cafe and hearing about their amazing renovation and all the love that has gone into that, then we are going to the Age of Fishes Museum and we will have to eat at some point so we will have lunch at the Royal Hotel.” 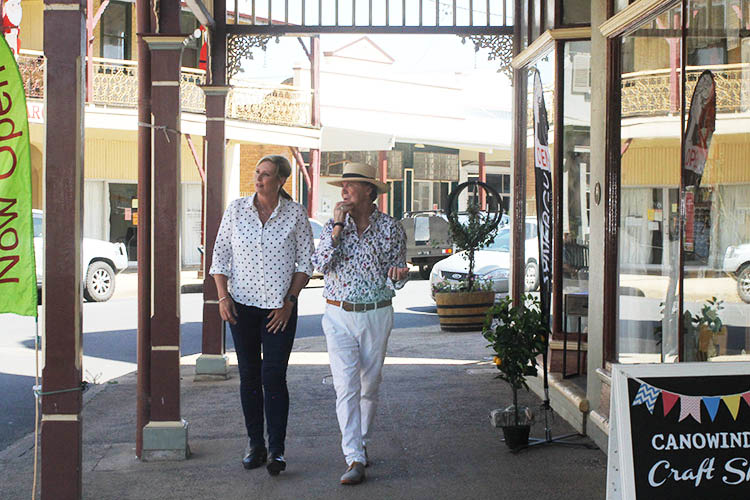 The day in Canowindra was part of a week long shoot for a two-part special on the Central West. “Throughout the year we cover a lot of different areas with Destination New South Wales,” Joh explained.

“Because of COVID, people aren’t travelling overseas and are instead desperately trying to rediscover where they live, whether it be interstate or within their own state. We want to give people the opportunity to discover their own country. This trip we are highlighting Canowindra, Cowra and Bathurst.”

Two crews followed the presenters as they toured the Central West, with horticulturalist and presenter Graham Ross focusing that day on the Cowra Japanese Garden. Joh certainly wasn’t complaining about spending the day in Canowindra.

“It is gorgeous!” Joh gushed when asked how she finds our little town. “How can you not love this streetscape? To have it all heritage listed and maintained is wonderful. It’s really heartening to see that, compared to a lot of the big country towns that we have been through, most of the shop fronts are full so obviously something good is happening in Canowindra.” 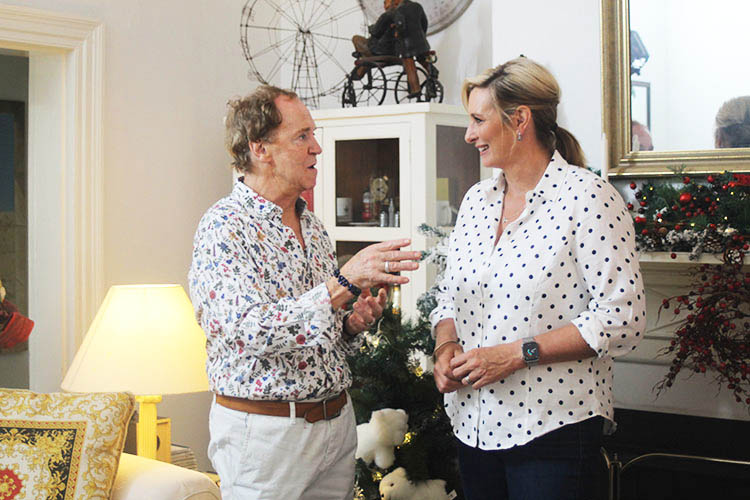 Tommy Jeffs with Johanna Griggs discussing Christmas at Montrose House. Joh loved Tommy’s over the top Christmas decorations saying, “He has an amazing eye to curate. To be able to do this and have it look fantastic is not easy!”

Soon, Tommy emerged to give the crew a tour of Montrose House all dressed up for Christmas, sharing stories from his colourful life as they moved through the house.

Joh and crew soon moved onto Gaskill Street for a guided tour of Canowindra, the town she referred to as a “hidden gem.” The crew were courteous and friendly, working patiently to get all the shots they needed as a Tuesday morning unfolded as any other with people out and about. Joh was heard assuaging a local lady’s fears that she had messed up a shot with a simple, “No, you made it better.” Joh and the Better Homes crew brought a sense of happy excitement to the town coupled with easy friendliness. One cannot help but wonder if Better Homes and Gardens is not a hidden gem too!

The two episode special on the Central West will begin airing on 19 February 2021 with the following episode on Canowindra going to air on 26 February on the Seven Network. 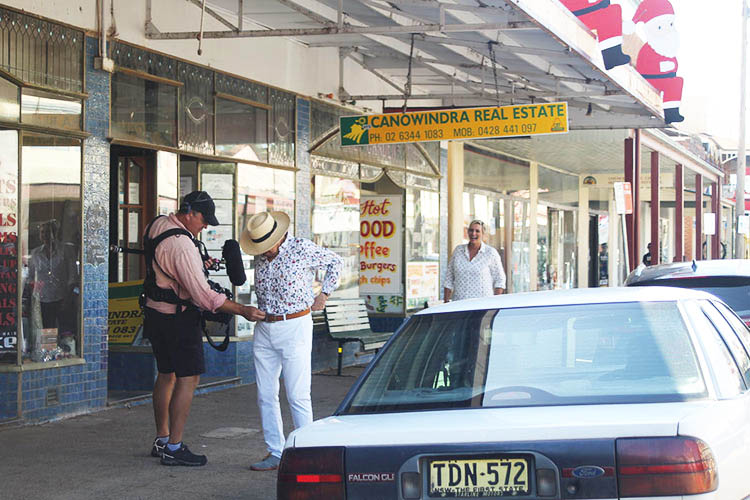 All in a day’s (TV) work: Crews adjust Tommy’s microphone.