Home » Letters to the Editor… 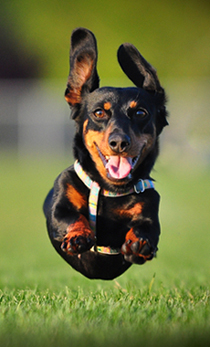 The “Thumbs Down” in the Phoenix always amuse me. More often than not they run down people who live in a quandary as to how they can solve their own problems. Under attack now are the people who enjoy exercising with their animals (dogs in particular) who also need exercising. Now, I don’t know about you but I would find exercising in my own backyard every day a little boring and so do dogs. You ought to watch them delighting in letting off steam when they’re off the lead, running as far and as fast as the fencing will let them, away from their owners and back again over and over.

I do understand the objections to poo being left around for others to tread on but most responsible owners I know use a scoop and bags to dispose of it. I also understand that it is very inconvenient to have dogs off the lead at a public event. There are many places for children to play but, guess what? In Canowindra there is no fenced place other than the sports oval to run a dog. A beach would be great, but we haven’t got one of them either. I know someone who has used the cemetery but that is not secure and the dog was lost for a disturbing length of time.

Where would the complainants suggest dogs be exercised? Is there a dog park in the planning? You can’t just put up signs because it suits a particular group of people with no regard for others and no consultation. I wish people would stop and think of someone other than themselves before they “thumbs down” others. It is a community after all and a small one at that. Sharing is a concept that comes to mind (of time and place) that I would like discussed.