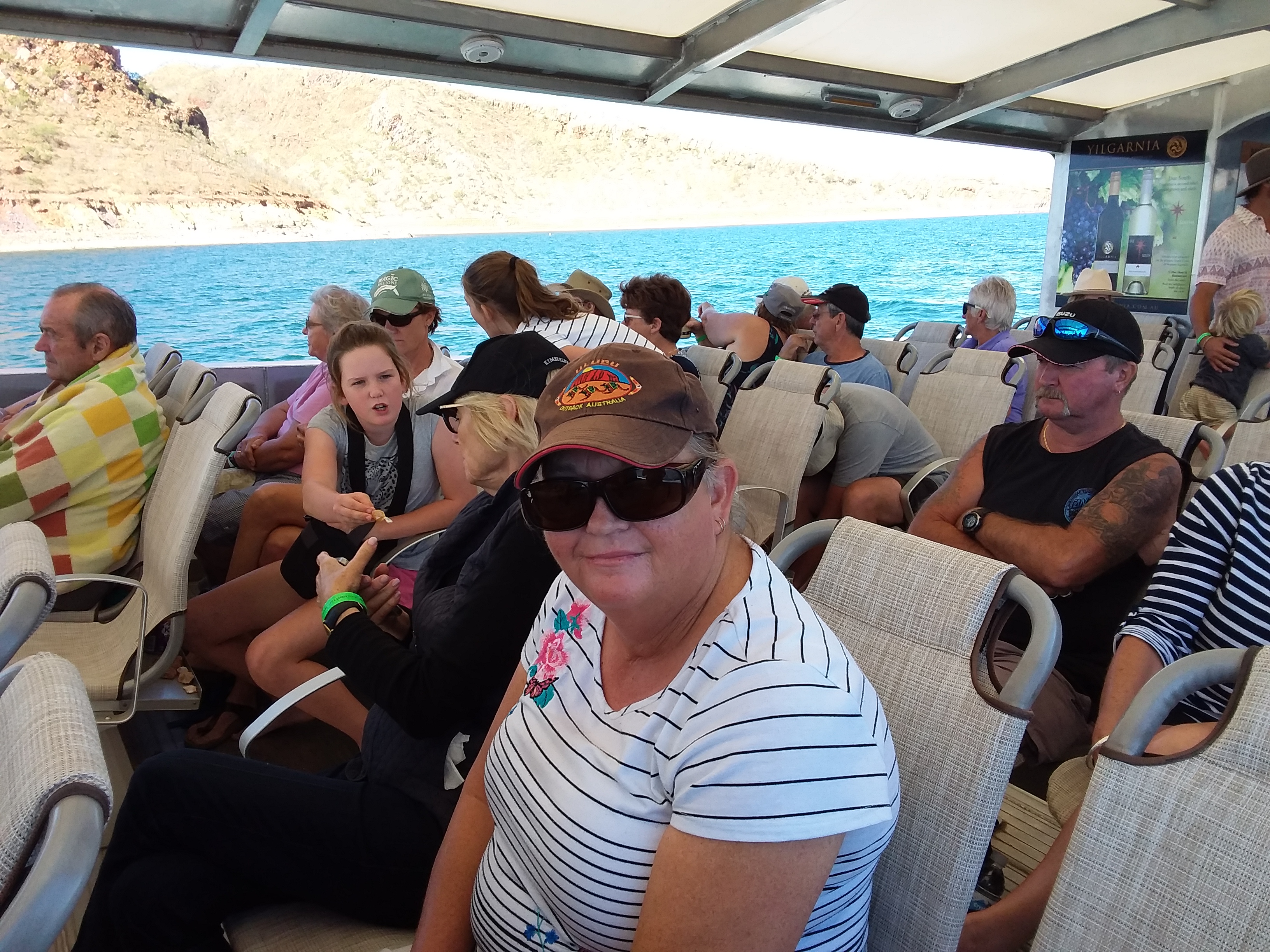 Hello to all at Canowindra from Allan and Debbie Symons hoping all is well for you. We are going along quite well with health and travel. Since leaving WA we came over to Katherine in the NT. Visited the local
museum which displays a lot on local history but also the role Katherine played during WW2 with Army and Air Force bases spread around the district.

We headed up North to the Darwin region staying at Howard Springs near Palmerston. Tried some more fishing in the river, I did say tried, some shopping then a visit to Chiropractic Life for a tune up. This is the same Chiro that is at Canowindra they have several practices around the country.

We then headed 130kms west out to the Lodge of Dundee at Dundee Beach for a week, we stayed here for a month in 2015.

This is predominately a fishing resort, with boat charters and helicopter flights. We stayed grounded and surf fished catching a couple of Blue Nosed Salmon and a Spotted Rock Cod all quite yummy done on the BBQ and also collected some souvenirs for the family.

We headed back down to Katherine where my two new pairs of glasses had arrived from Broome in WA. I will have my first ever pair of glasses for driving on today as we head south for the next 2 days
before heading east across the border into Queensland and Mt Isa.

That’s it for now so next update in a couple of weeks from Cape York.