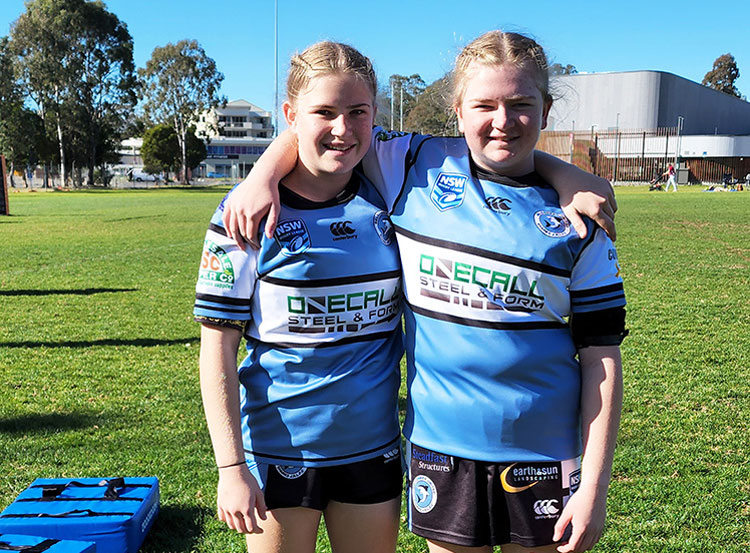 Adison and Ellie Newcombe play for the Belconnen United Sharks.

I thought I would share this good news story with you.

After playing in the Woodbridge Cup women’s tackle competition my daughter’s Adison and Ellie Newcombe got the bug and wanted to continue the tackle football journey. However, there is no competition offered in the Central West during winter so we applied to play in the Canberra competition.

Wow, this is an experience like no other in Canberra we have been welcomed with opened arms. The girls are playing with the Belconnen United Sharks, the football is fast and fierce. We have travelled to Cooma and Bateman’s Bay and this week they head off to Goulburn.

Last Friday night at the Women’s State of Origin in Canberra six players were picked to represent the Sharks in a 600m sprint race and Adison was one of them in front of 11,300 people at GIO Stadium.

We travel to Canberra once a week for training and and then again for our game. Good thing Mum and Dad like their footy!