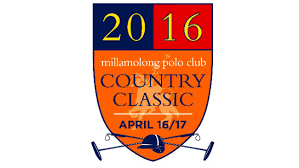 The mallets have been polished and the horses saddled in preparation for the polo! The Country Classic features some of the best polo players from around the state battling it out for the James Ashton and Jamie Ashton Memorial Cups. The Millamolong Polo Club will be celebrating their 26th year this weekend and it’s set to be a cracker with spectators and participants travelling from near and far to watch the games unfold.

The Club has been lucky in receiving strong support from the surrounding communities and this year’s events were made possible by the Club’s partners, sponsors and supporters, some of which are featured here…

Angullong is a family owned wine company based in Orange and Millthorpe. The vineyards are located in the foothills of Mount Canobolas, which is a volcano (don’t worry, it’s not active!) and the property has been run by the Crossing family since the 50’s when they acquired it as a sheep and cattle station. The Angullong wine label was created in 2003 and since then the label has flourished. The active family members in the business are Hatty Crossing along with her two sons, James and Ben and their wives Edwina and Heidi.

Michelle Marin and Michael Betts took on the Royal Hotel in Mandurama in January 2015 and the hotel has gone from strength to strength under their guidance. The couple, originally from Griffith, spent 20 years  in Queensland working in the construction business before they decided it was time for a change. The classic Australian country pub was established in 1899 and boasts a TAB, pool room, restaurant, beer garden, barbecue and country style accommodation.

Though the Royal is not a partner of the Polo event, they are housing many of the players and visitors over the weekend. The schedule of events include a Polo Action and FOODOLO lunch on Saturday which is in conjunction with Orange F.O.O.D Week. FOODOLO will be a long, late, lazy lunch by food guru Edwena Mitchell, offering up great country tucker and the Club’s favourite wines and beers.

Sunday will feature the polo finals alongside a family fun day. To book your tent call the Club office on 6361 4461.