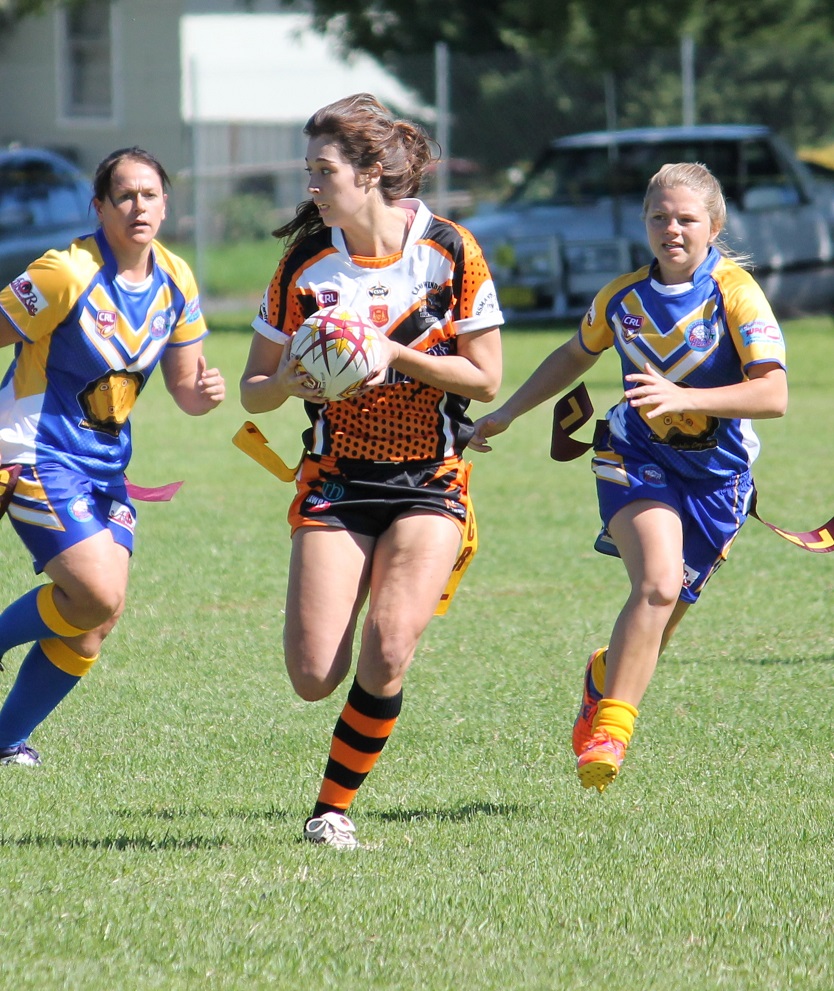 Canowindra vs. Condobolin @ Canowindra, Sunday the 13th of April. The Canowindra Tigresses stood their home ground, even after Condobolin scored in the first few minutes of the game.

Canowindra were constantly pushing themselves into Condobolin’s territory throughout the whole game, but unfortunately Condobolin won with a scoare of 30 – 18. Great efforts were made by the Canowindra Tigresses as they did not give in once throughout the game and were defending their home ground until the end.

Congratulations to Jamie-Lee Edwards for scoring a try, and to the Players Player Mel Rue who scored and converted her own try. Mel had a fantastic game as she chased down the Condobolin girls and really worked with her team to push forward.