An outstanding game was played by the Canowindra Tigresses as they dominated Cargo Blue Heelers at Cargo 38 – 12.

The girls applied a great deal of pressure right from the first whistle. Their plays that they set up were flawless as Cargo were unable to catch them as they weaved through the Heelers to give a half time score of 24 – 6. They ran fast and hard to enable Cargo from putting any points on the board until the end of the first half.

Their coach Michael French was extremely impressed with the girls as he stated that it was the best game he has seen them play all season. Every single player had an outstanding game and this week’s Players Player went to Alicia Earsman for her excellent consistency in every game and she was also able to score a double.

Congratulations to the other ladies who scored a try each Jess Coker 1, Madi Vitnell 1, Kristy White 1, Ash Mclean 1 and Mel Rue 1. 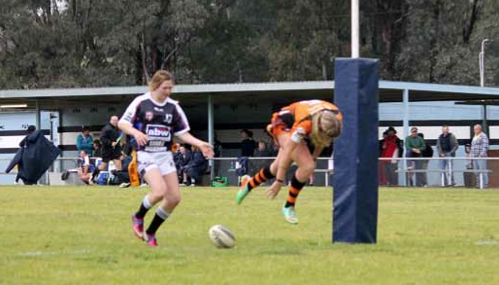