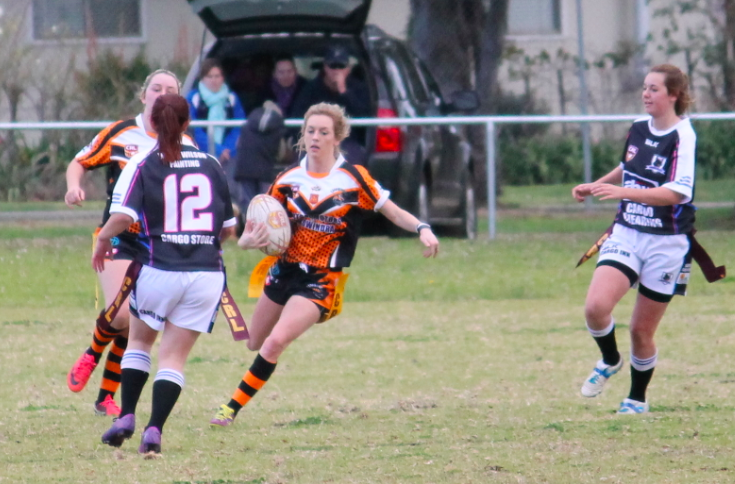 The Canowindra Tigresses were short players which made an impact on their game with the Cargo Sheelers as they split points to 12 all. This is the tightest game that has ever been played between the Tigresses and Sheelers, as Canowindra were able to hold themselves to not let Cargo defeat them.

Great work to all of the girls who played on Sunday as they had an outstanding game under the given circumstances. Their coach Michael French said “An under strength team cost us against a team we would normally easily beat, although we will take one point and move on to preparing for Grenfell”.

The Tigresses will regain a full team next week and are looking forward to preparing for a win. This week’s Player’s Player went to Krystal Coker for her outstanding game, she really stepped up to the mark and helped control the team. Great work to Jess Coker for scoring the first try for Canowindra and to Kath Davis for scoring the second try.