You are here: Home / Sports / Canowindra Senior Rugby League / League Gets Dressed Up For Mad Monday 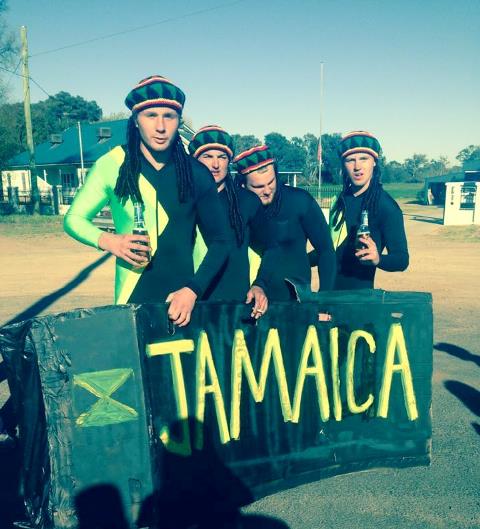 The League boys celebrated mad Monday in fancy dress style this week, with hooting and chanting emitting from a bus full of the players as it drove up Gaskill Street in the early afternoon. Superman, the Jamaican bobsled team, Irishmen, Arabs and a Greek God were a few of the characters in attendance. Everyone had a merry time except Matty Mclean, who apparently snuck off half way through festivities, leaving his brothers to power on the drinking session without him. Shame on you, Matty!