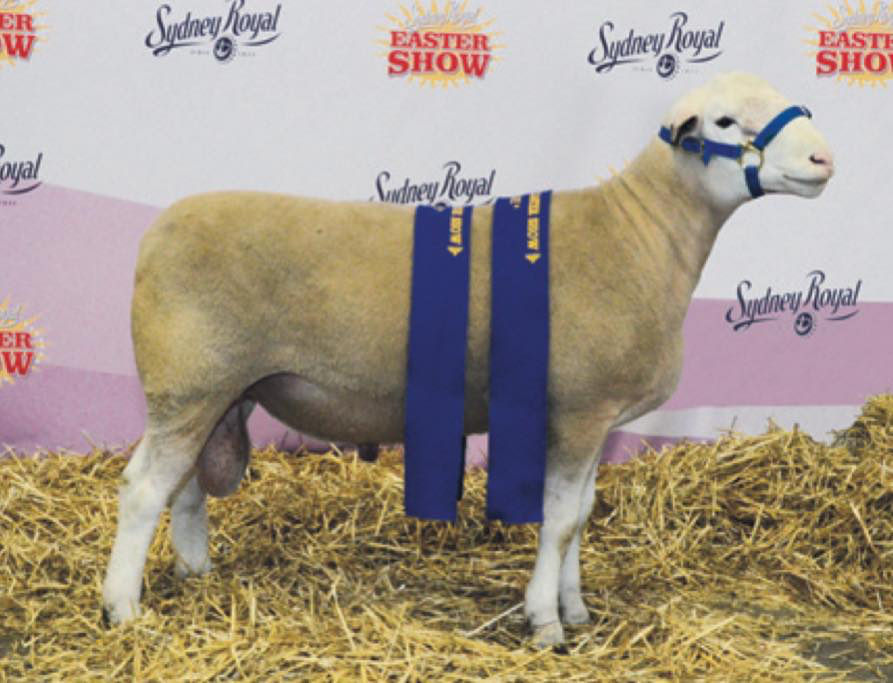 Kinellar Stud were again very successful at this year’s Sydney Royal Easter Show. It was great to continue on with their success from the last two years at the Sydney Show, having previously taken out the Grand Champion White Suffolk Ram.

Kinellar 17-060, which was born 3 April 2017 and is affectionately known as “Limo” due to his extreme muscling, was placed 1st in the heavily contested Production Ram Lamb Class which measures the carcass performance, growth and structure. This was an excellent result as it confirms the success in achieving the Stud’s breeding objectives.

Kinellar “Limo” was also placed 1st in the April drop milk tooth ram lamb class. These results were fabulous given the Kinellar Stud only took four rams to the show with the other three rams also gaining ribbons in their classes.

For further information on Kinellar White Suffolk and Poll Dorset Stud contact Victoria Patterson on 0400 975 120 or visit the website www.kinellarstud.com