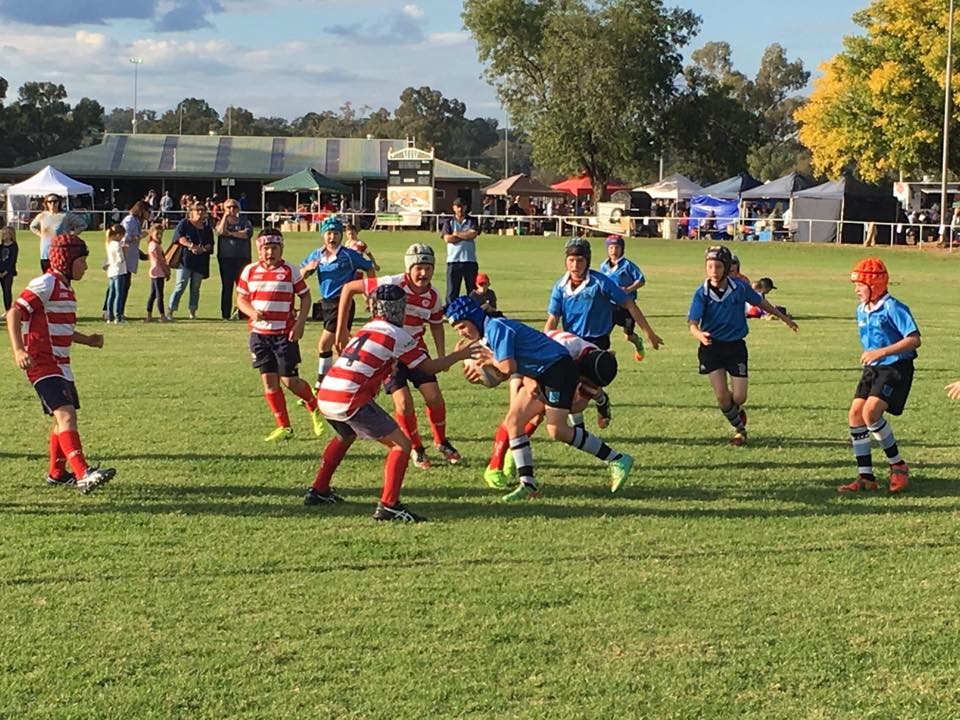 The Canowindra Junior Pythons were given a fantastic opportunity to play before the balloon glow on Saturday night. With three teams playing and a record crowd at the Balloon Glow it was a great opportunity for the players to show off their skills. The Cowra Eagles were very supportive and able to gather an Under 9’s and 11’s team to play against our boys. The Under 11’s, who are joining up with the Millthorpe Mozzies, were able to meet for the first time and get a game in before competition starts.

Our combined Cowra/Canowindra Under 13’s team had an awesome game against Forbes and did the club proud. Overall, there was a great display of support, teamwork and mateship on the weekend for Rugby Union around the region.