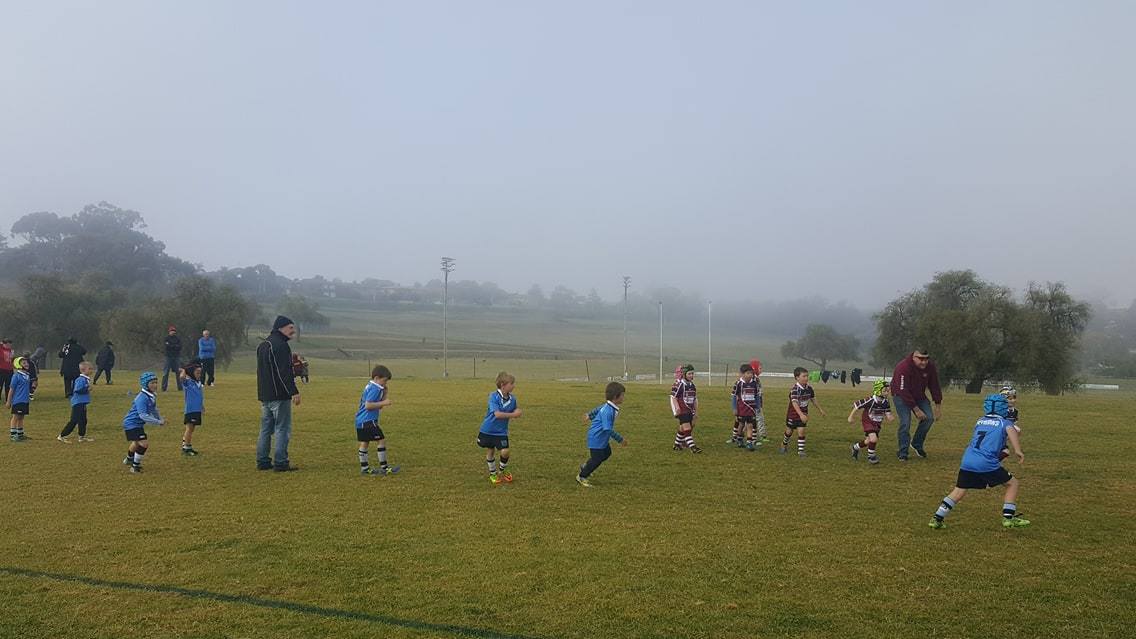 A foggy and cold start to the Parkes gala day surely didn’t deter the boys passion for rugby unlike their national counterparts… take note Wallabies!

The U7’s shivered their way through their first game, luckily Clancy’s try scoring legs work cold. The boys defensive game is coming together really well with them all watching the ball and keeping a good line, especially Alec Rodgers.

The U9’s had 3 tough games against some big opposition, however increased tenacity at the breakdown paid dividends and the boys were able to score some quality tries. Hassad Player of the Day this week went to Connor Watson for his dam- aging runs and sidestep. 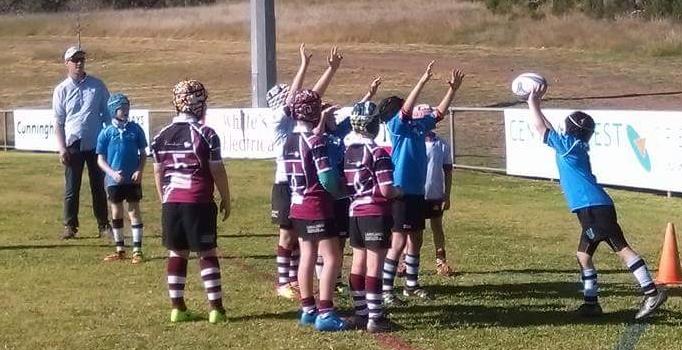 U11’s Moziepythons had some tough games on the weekend playing some of the best teams in the competition being the Orange Emus and Bathurst. The boys went down in all games and hopefully learned some hard lessons, to move forward and work together. Player of the Day went to Mitch Stephens who is now running with conviction.

This week the Under 13’s travelled to Orange to play Orange City. The first half was very even with everyone playing great football, especially the forwards controlling the ball. At half time the score was 26-19 in our favour.

With our boys playing a bigger side, they had to tackle their hearts out and scramble for the ball. As the backs got some clean ball Ethan split the defence on 3 occasions to bring the final score to 45-19.

Points for the week went too:

Next week the boys are off to Bathurst to take on the Bulldogs.