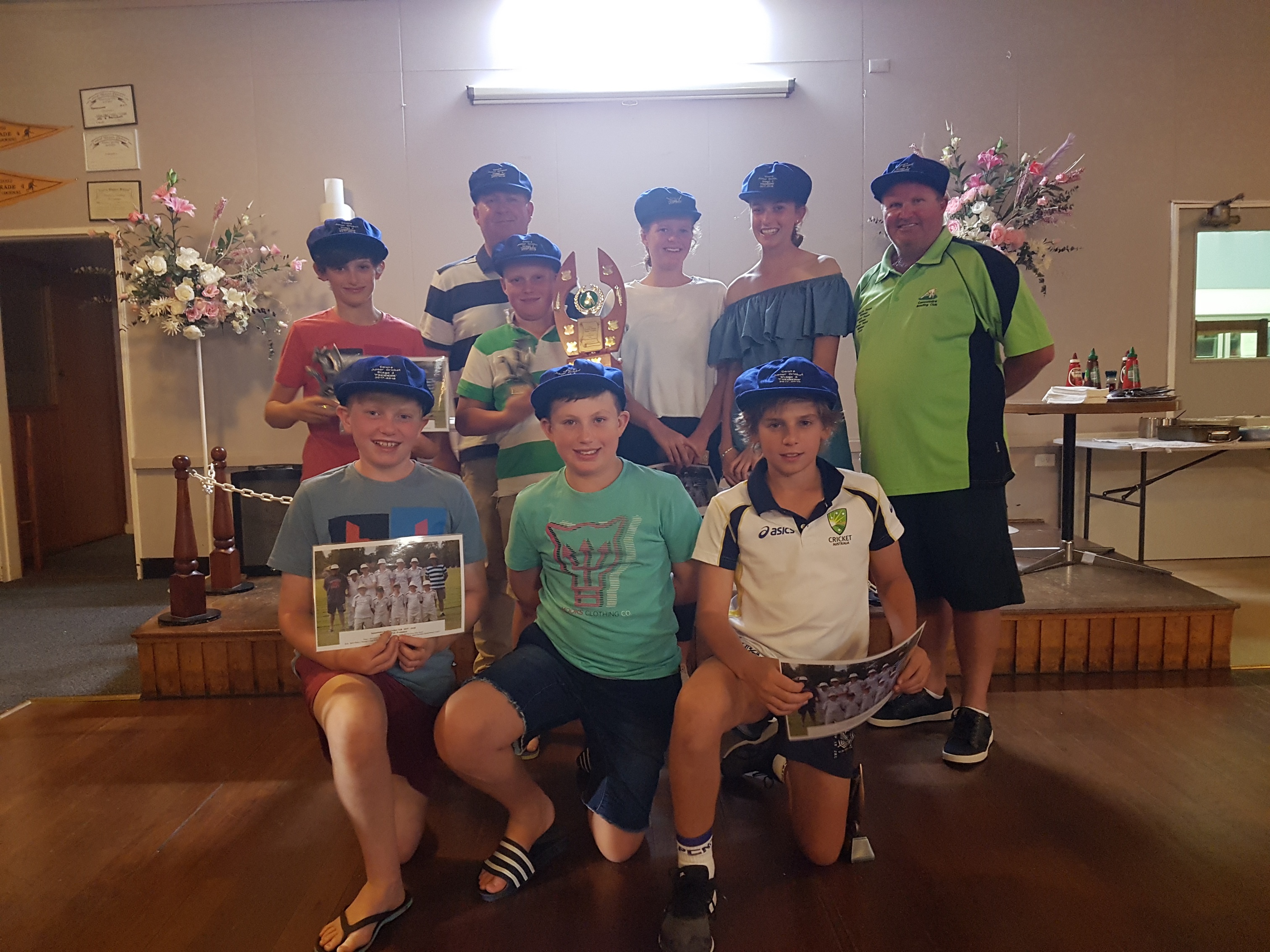 Canowindra U15’s in a nail biting Grand Final, were the overall Champions winning the Cowra Competition also with players representing the Lachlan Valley and Western Region in high competition over the Summer in Dubbo and Sydney.

The following players represented Canowindra in the Lachlan Valley Cricket, with Sammy Austin and Mikey McNamara going on to the next level and representing the Western Region in the City v’s Country Championships and coming away with a WIN! Well done to Hugh Breen, Mikey McNamara, Sam Austin, Will Ward and Will Grant.