Home » Jess Jennings, Working For You 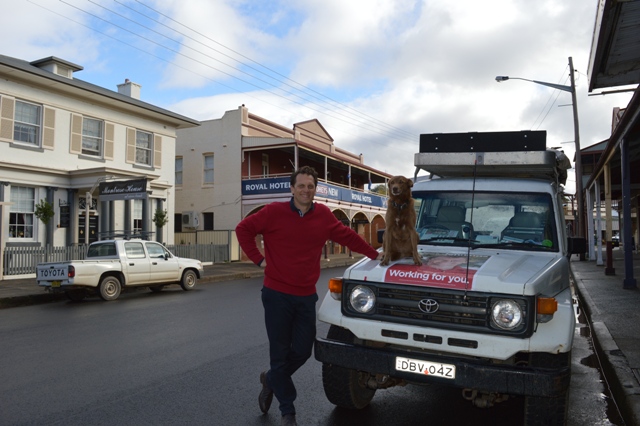 Jess Jennings is the Labor Member for Calare and says he will ‘fight for our community’. Born in Bathurst, Dr Jennings is currently a local Councillor on Bathurst Regional Council and has run a local ag consulting business for fifteen years following on from his PHD in agriculture.

“I’ve always had a strong interest in Federal politics since high school but have only been active the past 5 years” Dr Jennings said. Having built a house in Bathurst, moving into it in 2010, he ran as a candidate for Labor and was elected unopposed. From a local perspective Dr Jennings feels that a good proactive MP for Calare is needed.

“Firstly we should deliver the agriculture food and fibre plan and secondly the region needs a renewable energy plan. We have an abundance of natural resources here in the Central West, why not use them? We want to establish a Tesla Gigafactory, similar to the one in Nevada, and would grow the food strategy for the whole of the Central West. We also need to establish an internationally recognised brand so tourists can come to Australia, land in the Central West and work their way back to the big cities.”

“Nationally, the big issues are the Gonski education package in which Calare schools would receive $20 million in additional funding for 2018-19. In rural towns such as Canowindra where resources can be tough to find for people with learning difficulties, this funding could help close
the gap between city and country schools. Labor are also proposing a $3 billion childcare
package for Jan 2017, with higher caps and better rebates. We would also make it a priority to protect Medicare from being privatised.”

“Health and education are the key priorities for any parties wishing to represent country people” Dr Jennings concluded.