Home » Is Cabonne Fit For The Future? 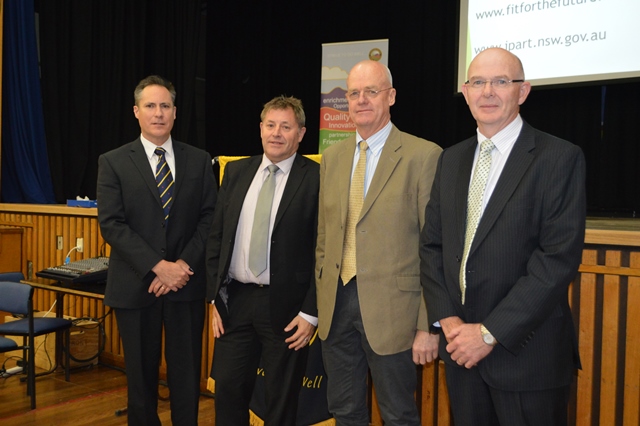 Cabonne Council will meet on 26th May to decide on their recommendation to IPART on whether Cabonne and Orange Councils should merge.   Even if Council supports and recommends a no merge for the Councils, ultimately the decision is made by the State Government, and not the local Council.

Mayor of Cabonne, Michael Hayes said at the meeting in Canowindra on Thursday 14th, “Council wants to stand alone and not merge, however the Council’s hands will be tied even if the Council recommends a no merge.”

There are no financial benefits for Cabonne to merge – there is a supposed saving of $5.4M over 10 years, however when the State Government grant of $5M is taken away the savings are minimal.   There will obviously be redundancies at Cabonne and representatives for both Councils will be halved, with one Councillor representing 4,466 people rather than the current 1123 people under the present guidelines set up with Cabonne.

Andrew Gee, NSW State Member for Orange said, “I do not support a forced union between Orange and Cabonne”. John Cobb, Federal Member for Calare said “I have been told at the top that if a council has a case for standing alone then that is their option”. That however does not appear to be the case here, as it is not Council’s decision.

As ratepayers, we must lobby the State Member to ensure that the right decision is made. Crs Durkin and Walker need to ensure that they represent the views of everybody expressed at the local meeting and vote to support a no merge motion.