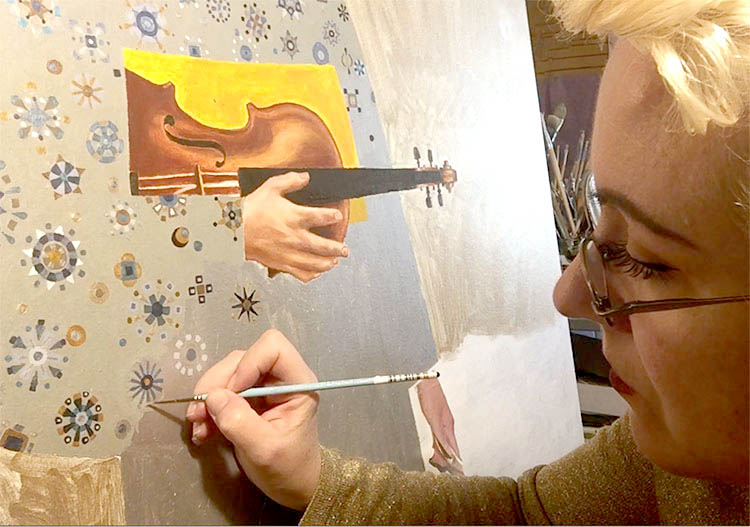 Melissa Barber painting a commissioned piece at her home studio in Canowindra.

Melissa Barber has been painting for 28 years, a good portion of that in Canowindra. In 1999 she opened a gallery and café next to the Trading Post but shut up shop in 2006. After a decade and a half working from her home studio, she is once again moving into the art gallery and café scene with her unique take on both businesses launching in the new year on Gaskill Street.

The Melissa Barber Galleries is a gallery with a difference, launching an offensive on all five senses, creating a deeper relationship with her art which is accessible to all people. The food will tie in with Melissa’s art with the small menu changing from week to week to showcase dishes which have influenced her work. You can expect to see anything from Middle Eastern to Indian to French cuisine served underneath her visual art. The music will again reflect Melissa’s experience of the world. Melissa promises that, “Nothing will be static,” ensuring an engaging experience for tourists and regulars alike.

Melissa sees her gallery as an eccentric addition to Canowindra’s main street, building on the fantastic range of businesses which already exist and supporting the flourishing tourism industry.

“I hope that I can make the gallery an attraction which draws people to this great town,” Melissa finished.