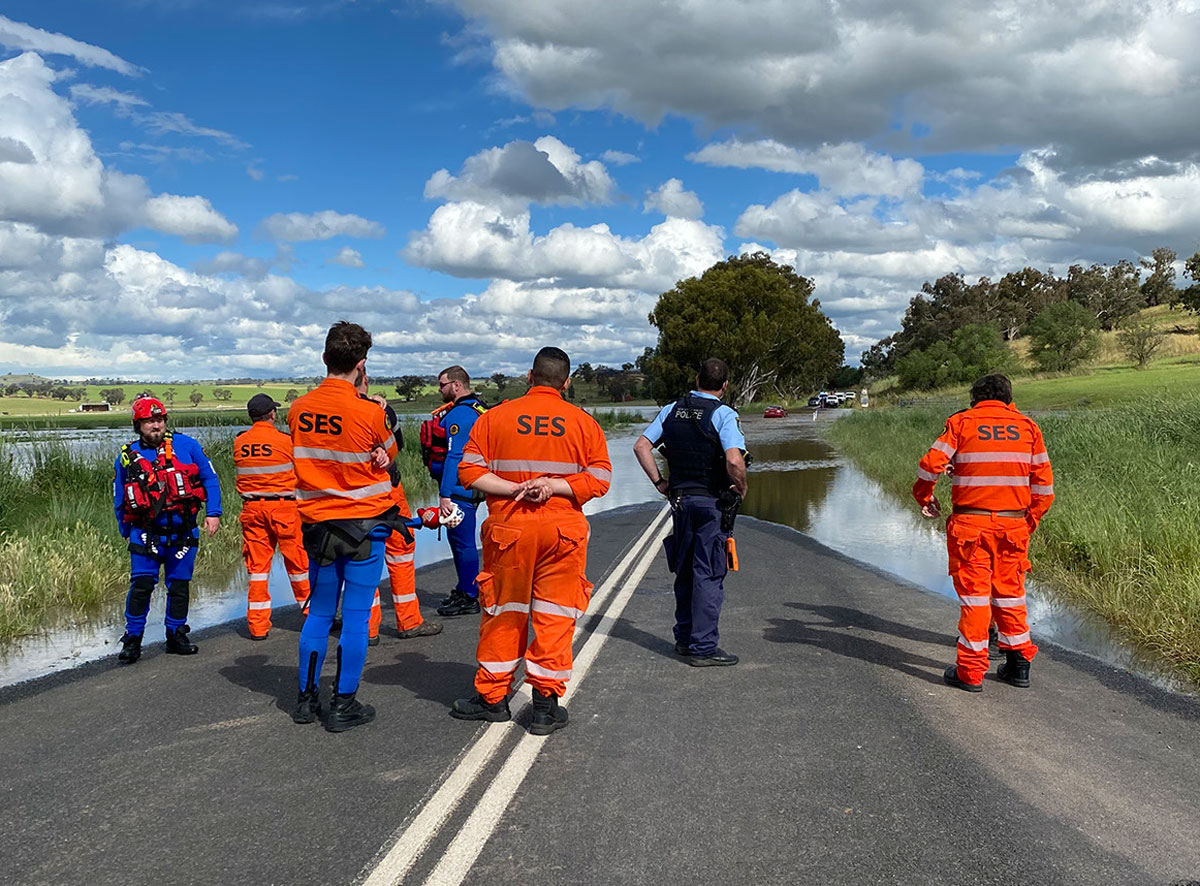 Due to the current member levels of the Canowindra SES unit, it was necessary for other Metropolitan Zones such as Auburn and Parramatta, to be tasked with coming to Canowindra to fulfil the requirements of the current flood situation.

“On this occasion we had forecast an issue with the Belubula River well ahead of time at Canowindra and had additional flood rescue technicians brought in to compliment the Orange City swiftwater team.” Robert Stevens, Orange City SES Unit Commander said.

One of the major incidents of this latest flood was a triple 000 call made from a stranded motorist on the Belubula Way.

“Reports of a motor vehicle stuck in the middle of a flooded road, fast-flowing water all around, with one person trapped inside which was rapidly filling with water. The occupant remained on the phone with the 000 operator right up until Orange City Team and Parramatta Unit swiftwater team got to his driver’s side door.” Robert said.

“The Orange City Team had been in Canowindra for only 10 – 15 minutes before this particular rescue came through via 000 which meant they were instantly rolling and onsite literally within two minutes of activation.”

“If it’s flooded, forget it,” he said, “if you require emergency help during floods or storms, please contact the NSW SES on 132 500. If it is a life threatening emergency, dial 000.”