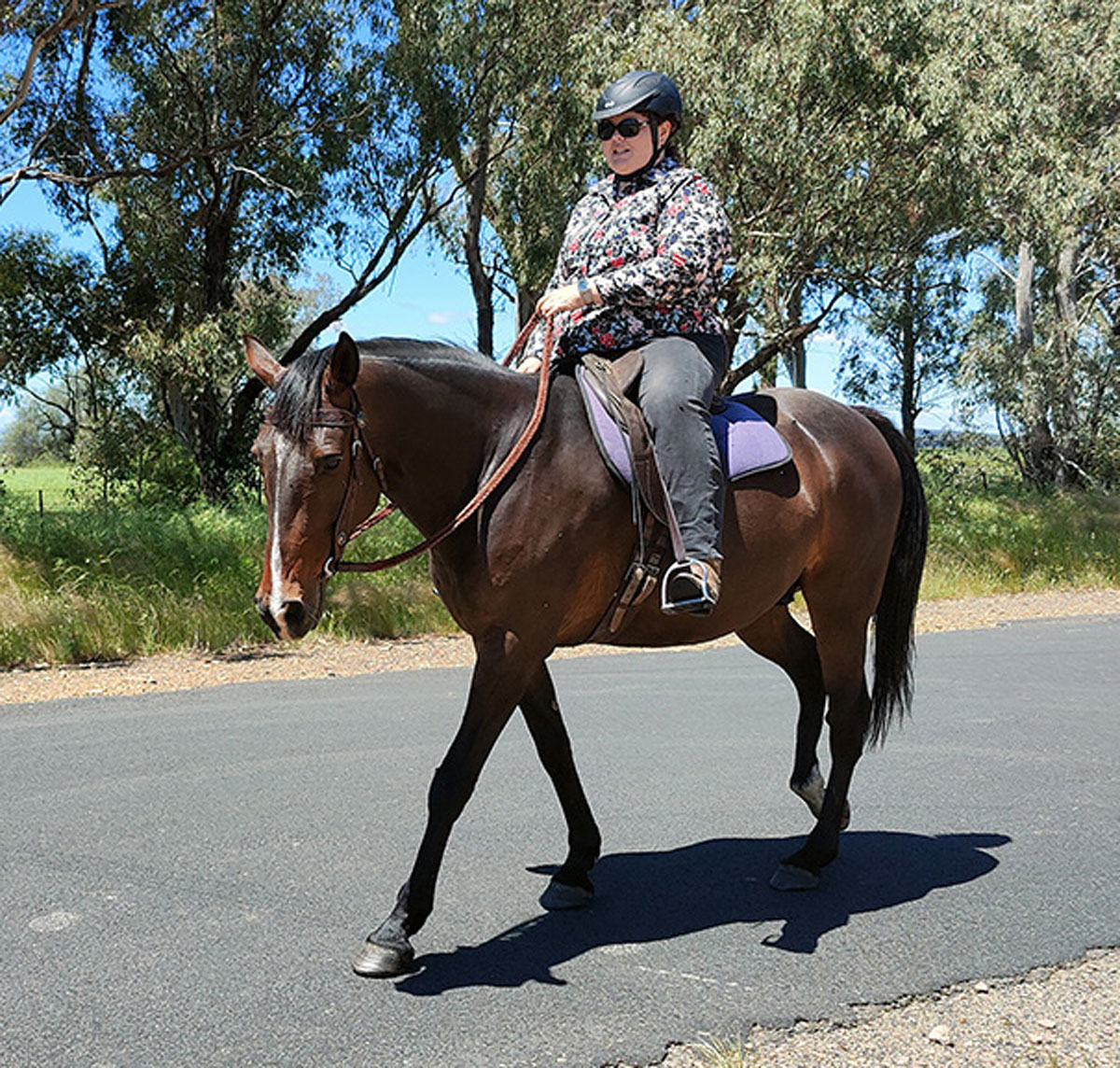 Tracy Smith is concerned about the behaviour of those she shares the road with.

Risky behaviour from drivers on the road continues to concern horse owner and rider Tracy Smith.

She rides her horses on roads but is worried about the erratic behaviour of speeding drivers with little consideration of her, her horse or any other traffic.

Horse riders have the right to share our roads, with the same rights and responsibilities as other drivers, motorcycle riders and bicycle riders.

Tracy said the biggest problem is that there are no real rules around driving around horses, only guidelines that most people aren’t even aware of.

“Drivers must slow down and leave plenty of room, stop if the rider is having difficulty with their horse and never use their horn or rev their engine, which is really all common sense and decency,” Tracy said.

She said horses can be easily scared so it’s important to take extra care when driving near them.

“If a horse gets scared, best case scenario they jump to the side or spin around and the rider calms them down. Worst case scenario, they could jump into the path of traffic or bolt, they could throw their rider and the horse, rider or both could get hit by a car,” she said.

“I’ve personally had one of my horses, who was very level-headed and calm, spook at a car flying at us down a dirt road and jumped out in front of it, but thankfully there was a fair bit of distance between us and we didn’t get hit.”

“There’s also the problem that a lot of people don’t realise how horses think, that they are above all a prey animal with fight or flight instincts, and that no matter how well trained or exposed they are, things can go wrong.”