You are here: Home / Sports / Other / Hockey Grand Final 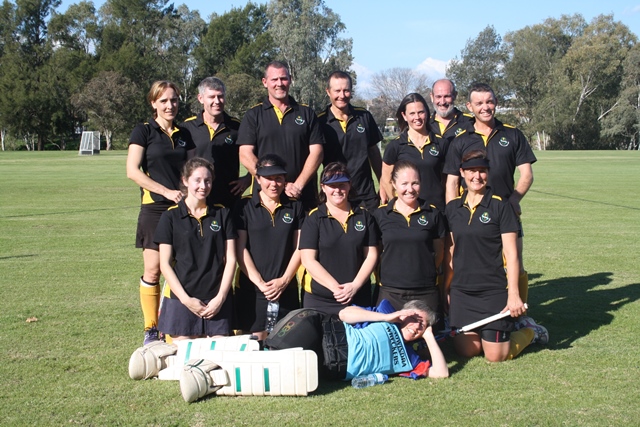 Canowindra Services Club Hockey Team was narrowly defeated 3-2 by the Imperial Hotel Cowra team in the Grand Final on Saturday. The game was very close throughout, with 2-2 on the scoreboard at half time, though Canowindra failed to snatch the win despite finishing top of the ladder for the year. The game was followed by a Presentation evening at the Valley Hotel in Cowra where trophies were awarded. Players player went to Linda Kinsela, even though she missed some of the match due to a hospital visit. We hope Linda is feeling better after putting her body on the line for the team! Amara Flannery was awarded Best & Fairest. The team-mates continued their celebrations at the Services Club in Canowindra. Thank you to Canowindra Services Club for sponsoring the team and to all the supporters that turned up to cheer them along. Congratulations to all teams involved!
r