You are here: Home / Articles / History Brought To Life Over Heritage Week 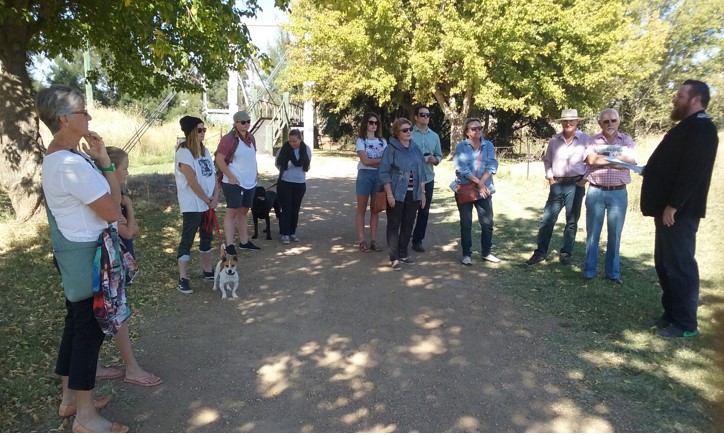 On Saturday crowds of people enjoyed free bushranger walking tours around Canowindra
before heading to the Historical Museum for Heritage Week. Museum President, Ross Cleary said; “It’s been fantastic, Craig Lawler and a dozen others conducted the tours and we learnt that the myth of Ben Hall is far greater than reality.” The tours included a stop outside the Royal Hotel to talk about bushranger raids and ended in Memorial Park by a plaque commemorating
the only known death in the town associated with bushrangers, which was of a policeman who was shot by his own side! “We had around 50 visitors to the museum and a few new members signed up which is great” said Ross; “We want to take the museum in the town so have lots planned for this year.”