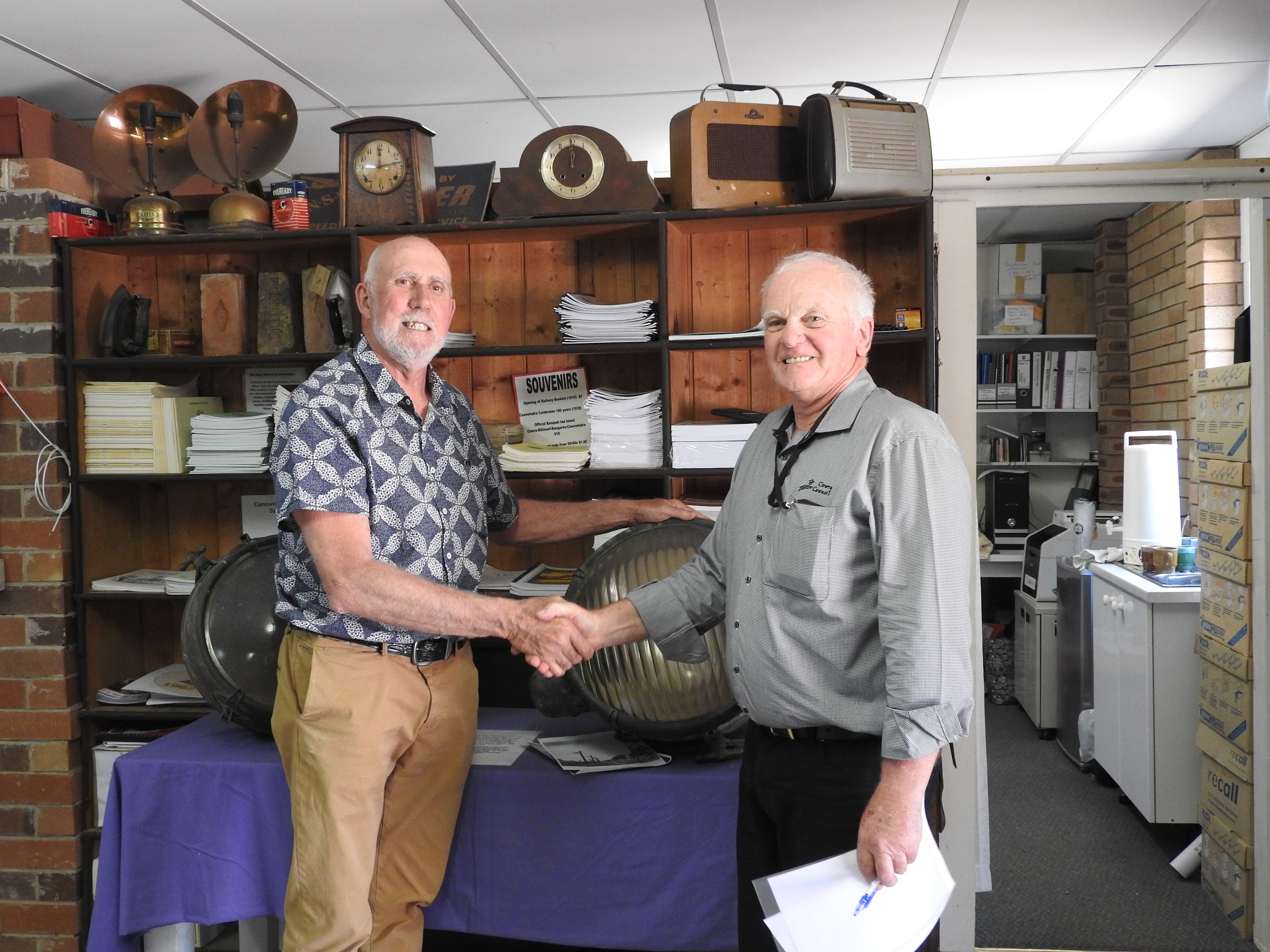 On Tuesday the Canowindra Historical Society and Museum handed over to the Cowra Breakout Association two large search lights which were used at the Cowra POW camp.

When the Cowra POW camp was dismantled at the end of WW2, two of the large searchlights were obtained by Canowindra Showground. At some stage in the years since, these lights were deemed no longer useful at the Showground and were given to the Historical Museum, where they have rested forgotten and unnoticed in storage, with no-one aware of their heritage.

Harvey Nicholson, Vice President of the Cowra Breakout Association noticed them at a recent Open Day and started researching and identified them. Interestingly, before their use at the Cowra POW camp, these lights would most likely have been on ships in the Australian Navy.

“It is a good thing when one historical association co-operates with another one, we are happy today to gift these to the Cowra Breakout Association,” said Ross Cleary from the Canowindra Historical Society.

“This is a terrific find for us! On behalf of the Cowra Breakout Association we want to offer you our heartfelt thanks for transferring these back to Cowra,” said Harvey Nicholson.