You are here: Home / Articles / Head Shave For Pop 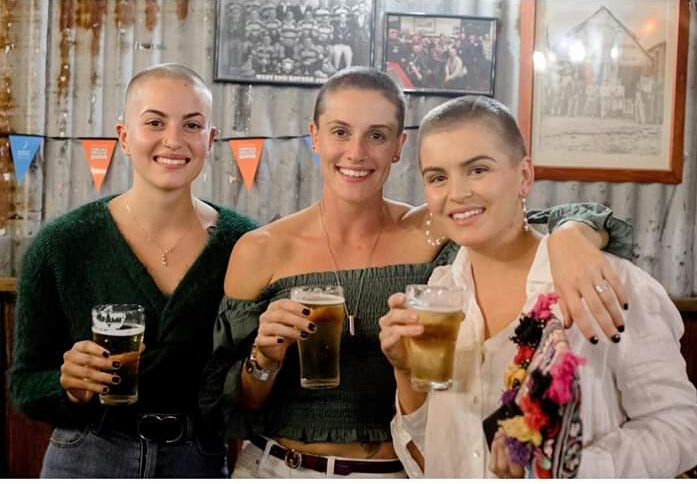 The event was held at The Gladstone Hotel in Orange, the girls brother Matthew also had his head shaved.

They were supported by their family and friends including their parents Rodney McLean from Canowindra and Therese Peters from Orange.

The three sisters and brother reunited in Orange in memory of their Pop, Kevin Peters who passed away from Leukaemia one year ago.